Can we consider our political action a success or a failure? 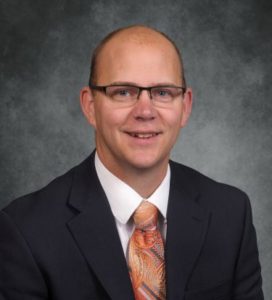 Bill 24 passed by a count of 42 in favour, and 23 opposed. (You can see a tally of the vote count here). The 42 who were in favour included 38 NDP members, along with some independents and others. But 16 NDP members, comprising almost a third of the governing NDP caucus, didn’t show up for the vote.  ARPA Executive Director Mark Penninga says it’s clear the EasyMails had an impact. “We don’t know if (they) had a direct impact on whether NDP MLA’s actually showed up for the vote, but these EasyMail letters made democracy happen in a very timely (and) very genuine way.”

Penninga adds, though, that it would be a stretch to call the campaign on Bill 24 a template for future lobbying efforts. He says it wouldn’t be wise to rely exclusively on technology like EasyMail, or even on phone calls. “The reason why I don’t want to over-emphasize the value of things like EasyMail is because, as we explained in our fall tour this year, there is no replacement for genuine relationships.” However, he says, there are instances where there’s not enough time for people to form a relationship, and in those cases, politicians need to know that the public has concerns about something, and that message needs to be delivered quickly. He says tools like EasyMail accomplish that. As to telephone calls, he says the Bill 24 campaign illustrated that government officials sometimes don’t want to hear negative feedback. “We heard of a lot of Albertans trying to get through to the Education Minister on the phone, and the Minister’s office wasn’t taking the calls. And they also allowed their answering machine to fill up and left it there so people couldn’t get their message through.”

Penninga admits that in the past, it’s sometimes been a challenge to motivate grassroots supporters to get involved in campaigns like this one, but he’s confident that people are starting to understand how it works. “There’s no doubt that when we make it known to our grassroots that something has to happen (quickly), there’s a lot of people who will follow through on that,” and the appetite for this kind of activism is growing. “In the past, the grassroots didn’t have a whole lot of confidence when it came to their ability to make a difference. It’s not that way anymore. We are increasingly seeing that we can have quite an impact, if we do speak up.”

As to measuring success, Penninga says people are starting to understand that it’s not always the outcome of a particular vote that determines whether a campaign had the desired effect. “We knew that Bill 24 would pass,” he says. That was “a given, given the NDP majority. But that’s not all there is to it. To see the UCP MLA’s standing up and opposing this (was big, because it was the first time in years that some of these MLA’s have been willing to take any kind of public stand on social issues.” He says the campaign showed that something very significant had changed, and he’s “very encouraged” at how quickly Albertans and the ARPA grassroots got mobilized for the campaign.