A new survey shows Canadians are less and less convinced of the value of marriage as an institution in society. The Angus Reid Institute poll  of more than 15-hundred Canadians shows more than half of them don’t think it’s necessary for couples to tie the knot if they want to spend the rest of their lives together, and one in six participants said they’re not interested in mariage at all. 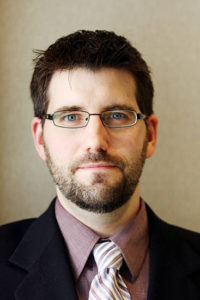 Researcher Peter Jon Mitchell at the Cardus Institute says this is a worrisome trend. “Canadians seem largely unaware of the benefits of marriage versus co-habittion, particularly pertaining to things like relationship stability… and the outcomes for children.” Cardus has done research showing that there are demonstrable benefits that come with marriage. including improved physical health and economic prospects. Children from homes where parents are married also have better academic results, and also showed a lower likelihood of participating in risky behaviours like drug abuse or early sexual initiation. Mitchell says the survey results aren’t surprising, because the values of marriage are no longer being transmitted culturally. He says marriage “used to be the foundation of a life starting out together; a couple would often – after schooling or whatever – would marry, perhaps buy a home, and have children.” But today, he says, we see a much different reality. “Marriage is no longer the foundation; we’re seeing that (it’s) more of a capstone. People are partnering, perhaps they’re trying to get their careers underway and feel a certain amount of financial stability – perhaps even buy property together, that sort of thing – and then maybe, if they feel they have all the pieces in place, then get married.”

As to how to reverse the tend, Mitchell says a marriage culture flourishes “when that value is transmitted culturally.”  But he says we’re seeing a decline in social institutions that talk about the value of marriage and what it means. “Certainly the church has a big role, and has been a significant factor in talking about what marriage is and why it matters.” However, he says, as churches have lost a bit of their impact on society, “that has played a part in the loss of understanding of what marriage is and why it’s so important to society.”