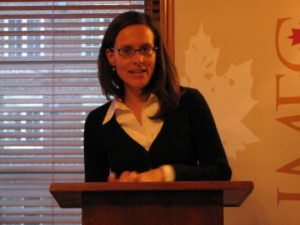 Cardus Families is out with a new report on day care vacancy rates in British Columbia. There’s a narrative in BC that says there’s a “crisis in day care” because of a lack of available spaces, but Cardus Families Director Andrea Mrozek says statistics from the government don’t actually bear that out.

“The data shows that there are vacancies, and that those vacancy (rates) can get up to 50% depending on where you are in the province.” During the provincial election campaign in BC earlier this year, the NDP campaigned on providing “$10-dollar-a-day” day care, and the Green Party wanted to make it free. Mrozek says those promises seem to be based on ideology rather than on hard data. “Sometimes I wonder whether politicians know about this data. It is government data; it’s a government report that shows the low utilization rates.”

However, she says, there are people out there who believe that the only way to care for children is to allocate spaces in institutional day cares. “There are some sectors who believe that any child of day-care age needs to have space available to them, and until that happens, they will claim there’s a shortage.” Mrozek says that’s clearly a “pretty ideological viewpoint.”

Cardus did a report earlier this year based on Ontario government statistics which found that the availability of day care spaces in Toronto was also considerably higher than figures cited by day care activists.