(Lighthouse News – June 26, 2018): A ruling is expected by the end of this week in the first round of a court battle over Alberta’s Bill 24. That is the bill that mandates every school to institute gay-straight alliance (GSA) clubs on request from any student, and to hide information about students from their parents, along with a threat of denying funding or accreditation if they don’t comply.

A coalition of parents, Christian schools (including the Reformed schools in the province), and others are taking the Alberta government to court over the issue of parental rights that are raised by the Bill. The main court hearing on that challenge won’t be heard until next year, but last week, that coalition was in court in Medicine Hat, Alberta. They applied for a temporary injunction to stop the government from actually implementing the bill until the main court case is heard. 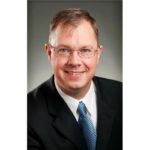 The group’s lawyer, John Carpay of the Calgary-based Justice Centre for Constitutional Freedoms, says the timing is critical. “We’ve got a June 30th deadline by which – under the law as it’s drafted – these schools have to sign what amounts to kind of an attestation saying that they are going to comply with this legislation, and if they don’t (do that), they going to lose their funding and accreditation.” He says the Alberta government is essentially telling schools and parents that if they’re seeking to assert (their) constitutional rights and freedoms in court, they’re going to be punished with the removal of their funding and accreditation.

The injunction application came less than a week after the Supreme Court of Canada ruled against Trinity Western University’s Law School application in a judgement that many considered a blow to religious freedom in Canada. But Carpay says the two cases are substantively different. “Legally,” he says, “there ought not to be any impact”, because the Supreme Court was ruling about whether Law Societies had the authority to regulate law schools. “Why that would have any bearing on the right of a parent to know what is going on with their five-year old child in regard to GSA’s… there shouldn’t be any impact.”

In an interview with Lighthouse News, Carpay also said he doesn’t think the TWU ruling will be able to be consistently sustained in other cases going forward, as the ruling is primarily made up of “political rhetoric and repetition of mindless slogans about ‘diversity’ and ‘equality’. I mean legally, since I went to law school in 1995, it is the worst Supreme Court decision that I have ever read, and not just because I disagree with it. There’s (just) not much legal reasoning in the majority judgement, and there’s a complete disregard for the facts on the ground.”

He says it’s “impossible” to know how last week’s court hearing went. The judge “simply listened to both sides, and said she would be issuing a ruling by the end of the month.”

ARPA Canada is urging readers to pray that the judge grants the injunction and that Alberta schools and educational leaders respond to the court’s decision with wisdom and courage.