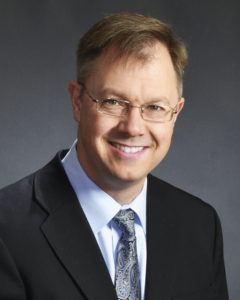 Bill 24, the “Act to Protect Gay Straight Alliances” in Alberta, passed third reading in the legislature last week. This is the Bill that would, among other things, make it illegal for schools to inform parents if their children had joined a so-called “Gay Straight Alliance” – a school club ostensibly set up to support gay students or those struggling with gender identity issues.

Just hours before the final vote, the Justice Centre for Constitutional Reforms in Calgary announced that if the government was serious about passing the bill, it should know that there would be a court challenge coming on this; a challenge based on things like the Charter right to Freedom of Religion and the rights of parents to know what’s going on in their children’s lives and to dictate the kind of education those children are getting.

The Justice Centre’s John Carpay says it’ll take a while to put the lawsuit together, but they wanted to put the government on notice. “It does take considerable… time to properly put together the affidavits that people are going to swear to. But as soon as the court papers are filed in early 2018, we will apply for an interim injunction until there’s a full hearing on the merits (of the case.)”

That means, Carpay says, that independent schools and parents in Alberta are going to get a reprieve from the effects of the bill. He says schools won’t have to comply with legislation that is not constitutional. “For example, for schools to rewrite their policies and put in… things that are contrary to their own faith tradition; schools don’t have to do that.” He says the suit was filed “to encourage parents and schools not to comply with legislation that violates fundamental Charter freedoms.”

Carpay also says this lawsuit is a last resort, and that people should not be looking to “our knight- in-shining-armour-lawyer that’s going to strike it down.” He says it’s ok to do that as a “Plan “B”, but the Plan “A” has to be ongoing citizen engagement. He says that’s how laws like Bill 24 get passed: “People who understand and support a free society have largely withdrawn from democratic process, so they’ve left the door wide open for people to bring in bad laws.”