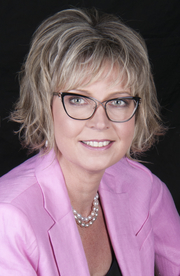 Our guest on the Lighthouse News feature this week is Deani Van Pelt, she’s a Senior researcher with Cardus regarding a recent piece in the Hamilton Spectator.

LN: So, you had a piece published in the Hamilton Spectator earlier this month talking about education funding in Ontario. First,. some background. This was in response to another op-ed on funding for Catholic Schools, correct?

LN: So for listeners in the rest of the country, Ontario is the only province outside of the Maritimes that doesn’t fund independent schools. Yes, they fund the Catholic ones, but not the others. And the math inherent in that is also significant.

The parents who choose options other than government-funded public or Catholic Schools in Ontario are saving the taxpayer – by your estimation – about $1.7 billion dollars?

LN: I don’t know how much research you’ve done on other provinces, but I’ve seen numbers for Alberta and BC for example – where part of the operational budgets for independent schools are funded,. no money for capital – but these numbers that seem to show that every time parents choose to educate their kids outside the government system, there’s a big saving involved for provincial education budgets. This isn’t just in Ontario. Can you comment on that, in terms of the savings that are inherent in that system?

LN: And yet, we continue to see some sectors of society – I’m thinking of “Progress Alberta” for example, and some teachers unions – we see these groups demand that government cut all funding to independent or private schools because they’re “elitist.” How do we respond to this?