The federal government’s unwillingness to alter the rules around a controversial “attestation requirement” for applicants to the Canada Summer Jobs program could end up in court. The Canadian Council of Christian Charities (CCCC) is considering legal action after the Liberal majority in Parliament handily defeated a motion from the Conservatives last week. The motion, if passed, would have supported access to Canada Summer Jobs funding regardless of the private convictions of the applicants. Many applicants have refused to tick the attestation box because they interpret it as a requirement that they essentially agree with the notion that abortion is a Charter right. 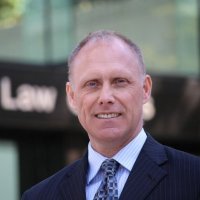 The defeat of the motion means applicants for summer jobs funding are still in limbo when it comes to the status of their applications. Barry Bussey, a lawyer with the CCCC, says more than 170 organizations are still waiting to hear what will happen next. “We encouraged all of the people who contacted us that if they were denied (funding), to send another letter in to the Canada Summer Jobs Program, and to ask for an ‘accommodation’ of their religious beliefs (and) their Charter rights. We are now being told that the answer to that request for accommodation will be given in early to mid-April.” Bussey says they’re not very hopeful that the government is actually going to give approval to these organizations. So, he says, “the various charities are going to have to determine their next step. Will they just drop it, or will they look at a possible legal remedy?”

He says while it’s not clear yet whether a lawsuit will actually be filed, the attestation does set a very dangerous precedent in terms of what else the government might do with respect to this kind of values test. “One does not have to be a rocket scientist to connect the dots (on this). When the government makes a values test and says, ‘We’re not going to give you government funding, or registered charitable status… unless you agree with us on whatever the issue is, this is just simply a recipe for chaos and disaster as a democratic society.” He says all Canadians, both religious and non-religious, need to be concerned about this kind of thinking that’s going on in government.

Bussey says ultimately, the precedent set by the Summer Jobs program attestation could be used to strip churches and other organizations of their charitable status, thus restricting their ability to hand out tax receipts for donations. These donations would be significantly hampered, curtailing the great work that so many Christian charities do across this country.

You can listen to the full interview with Barry as featured on our Lighthouse News broadcast here.