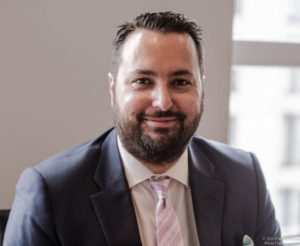 The Ontario Human Rights Tribunal has handed a major victory to a small independent Christian school in that province. The case was about whether the school was allowed to refuse admission to a child of a married same-sex couple. Lawyer Albertos Polizogopoulos represented the school in the case. He says the school received an admissions request into their pre-school program, but early in the call, the applicant told the principal she was in a same-sex relationship. He says the principal informed the caller of the school’s position on sexuality and traditional marriage. He says the caller never requested or filled out an application form, and was never denied admission for the child. Nevertheless, they filed a complaint under the Ontario Human Rights Act, alleging discrimination on a number of grounds, including sexual orientation.

But in the end, Polizogopoulos says the Tribunal found that Section 18 of the Ontario Human Rights Code applied in this case. “Section 18…is for fraternal, philanthropic, religious, or cultural/ethnic groups. So for example, if I run a Greek club, it’s not inappropriate for me to require all members to be Greek.” He says the Tribunal ruled that the school was “clearly an organization that benefitted from that exemption.”

ARPA has been watching the case closely. Law articling student Tabitha Ewert, who works in the Ottawa office, says the decision did generate some misunderstandings which needed to be set straight. “We posted an article on the decision on our Facebook page, and we got a lot of comments like ‘How is this loving the child? How (does this line up with) Jesus saying ‘let the little children come unto Me?’” She says there were accusations that the ruling was “hurting the LGBT parents’ child, in order to preserve an elitist Christian school.” However, she says that criticism just isn’t accurate. “No one is saying that the child can’t come to Jesus, but the fact is that admitting him into the school is not the way to do that. It’s not loving to the child to have the child be taught one way in school and another way at home, especially on something as fundamental as a definition of marriage.”

The window for an appeal of the ruling has now passed, but the Ontario Education Ministry has issued a statement saying it is “reviewing the decision.”