NDP do not support the family

ARPA Note: For the sake of clarification, ARPA Canada is non-partisan. We do not support or oppose any party or candidate. The following views about the NDP and CHP are of the letter writer:

The Carillon (Steinback MB), Sept 1 2011: I read Pat McDonald’s letter “Soul-searching after Layton’s death” in the Aug 25 edition. McDonald asks why we as Christians do not vote NDP since they “stood for social justice.”  Really? The NDP is militantly pro-abortion. Is that social justice when the NDP supports the killing of the unborn?

What about when Christians are persecuted in Canada… yes persecuted, when they are railroaded and prosecuted by Human Rights Commissions for expressing socially conservative views faithful to the Bible? Christians who publicly criticize homosexual practices as sinful for example, are charged with hate. The NDP fully supports these actions because they think these Biblical views are hate speech.

God has ordained Marriage as a union between one man and one women at the exclusion of all others and yet the NDP pushes for the redefinition of marriage to include homosexual unions. They support most sinful lifestyles such as that and also sinful common- law relationships.

A politician is praised for having a socially caring attitude because of calling for more government-run anti-poverty programs. Christians who are clueless dupes of the left go along with this hook line and sinker.

Never mind that the Bible deals with poverty with the demand of personal accountability and responsibility (good morals, willing to work, responsible personal spending habits etc). The Bible deals with poverty through the institution of the family (which the NDP is trying to destroy). Stable intact married families provide the framework to create and keep wealth and along with the family clan to provide a safety net for those who fall on hard times. The Church, which elements within the NDP hate and would ban if they could, is also an agency instituted by God to help the poor.

Christians fight poverty by freely giving time and money to help along with the Gospel. Social justice is meeting physical needs and  the soul, physical food for this life and spiritual food for eternal life. Christian charity with Evangelism is the Bible’s way, not by the welfare state. Leftists who are fans of the welfare state are the worst tightwads in donating to charity and right-wing conservatives who hate socialism are the most generous givers as a percentage of their income, especially Christians. Socialism is a system of greed, the greed of the right to entitlements.

The institution of the family is the department of welfare, education and health rolled up in one according to the Bible. The decline of Western Civilization began when the state took these over and Church looked the other way.

It’s the easy way out, not compassion when a politician screams that other people’s money (taxes) to be used to help others for it costs him nothing.

I agree on one thing with the letter writer, the Conservative Party is definitely not the party a Christian could vote for. The “Steinbach area people” as McDonald puts it could have voted for David Reimer of the Christian Heritage Party instead of  Vic Toews. The CHP is the only way. 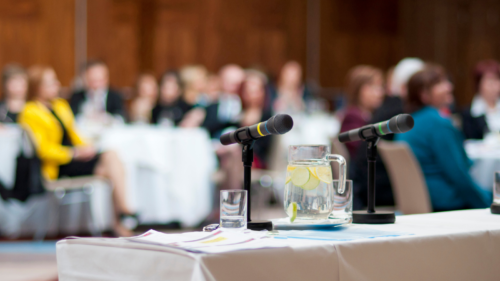