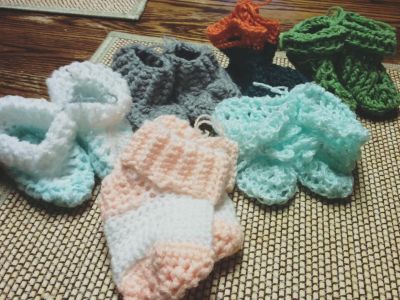 With gratitude to our grassroots supporters from coast to coast, we can say without a doubt, the Booties for Babies campaign was an

overwhelming success! In December 2015 we sent out a request for 1,000 pairs of hand-crafted baby booties. The purpose of this initiative was two-fold: the booties would be a statistical representation of the annual death-toll of abortion, but would also serve as a public demonstration that the pro-life community is ready and willing to serve and help moms who choose life. This initiative quickly snowballed into a monumental effort by people of all ages, from across the country, who united for one cause: to demonstrate positive, pro-life activism in a creative way.

A facebook event page was started to communicate information to the crafters and for individuals to share ideas with each other. Quickly, women and men began posting pictures of baby booties they had crafted, or ones they had picked up from elderly family members and friends. People offered advice, shared patterns and organized get-togethers where experienced crafters would teach or simply for a group to gather together for a time of socializing and crafting.

This effort was an encouragement to the staff as we watched many people get engaged with the work of ARPA for the first time. Here are just a few of the stories that came out of the project:

All booties had to be shipped to ARPA Canada’s head office in Ottawa by May 2. The following week, volunteers spent well over 60 hours organizing, sorting and individually bagging and then boxing the booties. ARPA’s office was overrun with booties!

On May 11, 2016, delegates of the 5th annual God & Government event laid the baby booties on the lawns of Parliament Hill. We had excellent conversations with Parliamentarians and visitors to our nation’s capital, as we shared that each pair represented approximately 15 children killed annually through abortion in Canada. A sobering statistic and a visual representation that, Lord-willing, impressed upon everyone who saw the demonstration, the necessity for a law that would protect pre-born children.

Following the public launch, we needed to get the baby booties to Parliamentarians. We received a total of 7,273 pairs! That was more than 7 times what we had requested, in just 5 months. Incredible! Each Member of Parliament received a custom package with 21 pairs of baby booties, (all of which had to be 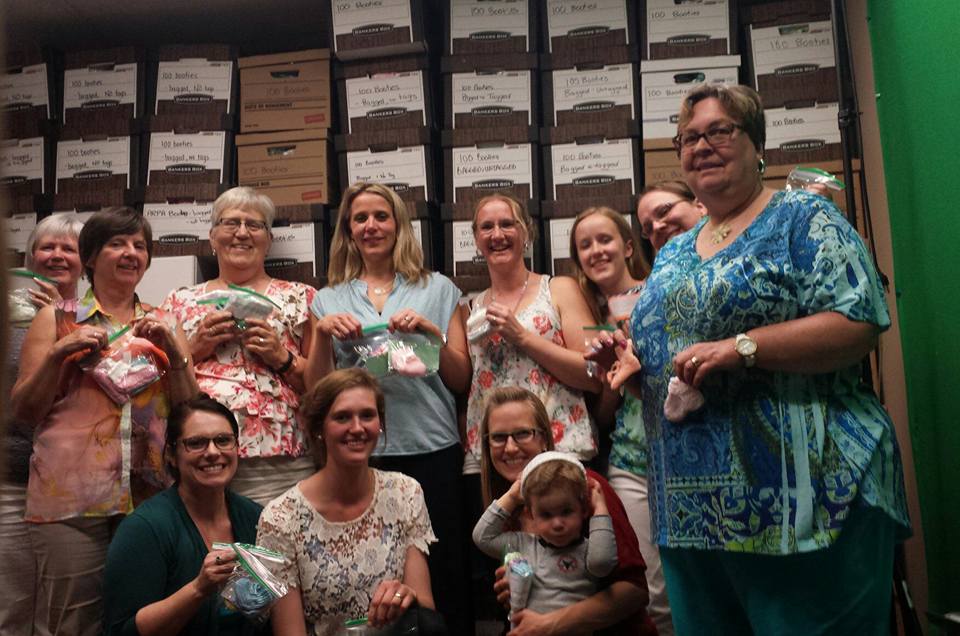 individually packed) along with a note that explained the initiative and a request to donate them to their local pregnancy care centre or hospital. Once the cargo-van full of booties packages was dropped off at the mailing depot, our work was done. The response from MP offices has been overwhelmingly positive. Here is some of the feedback we received:

From each of us at ARPA Canada, thank you for taking up the challenge in an unprecedented way. Agencies from across Canada will receive the gift of beautifully-crafted baby booties, to bless new moms and their children. What a positive and life-affirming way for us to show moms that we’re here, and we care! 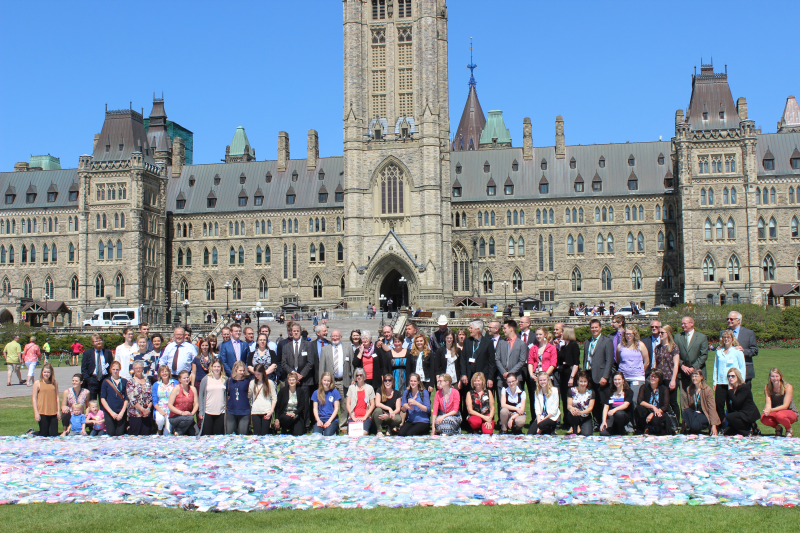 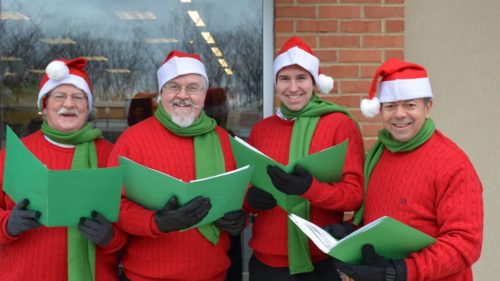