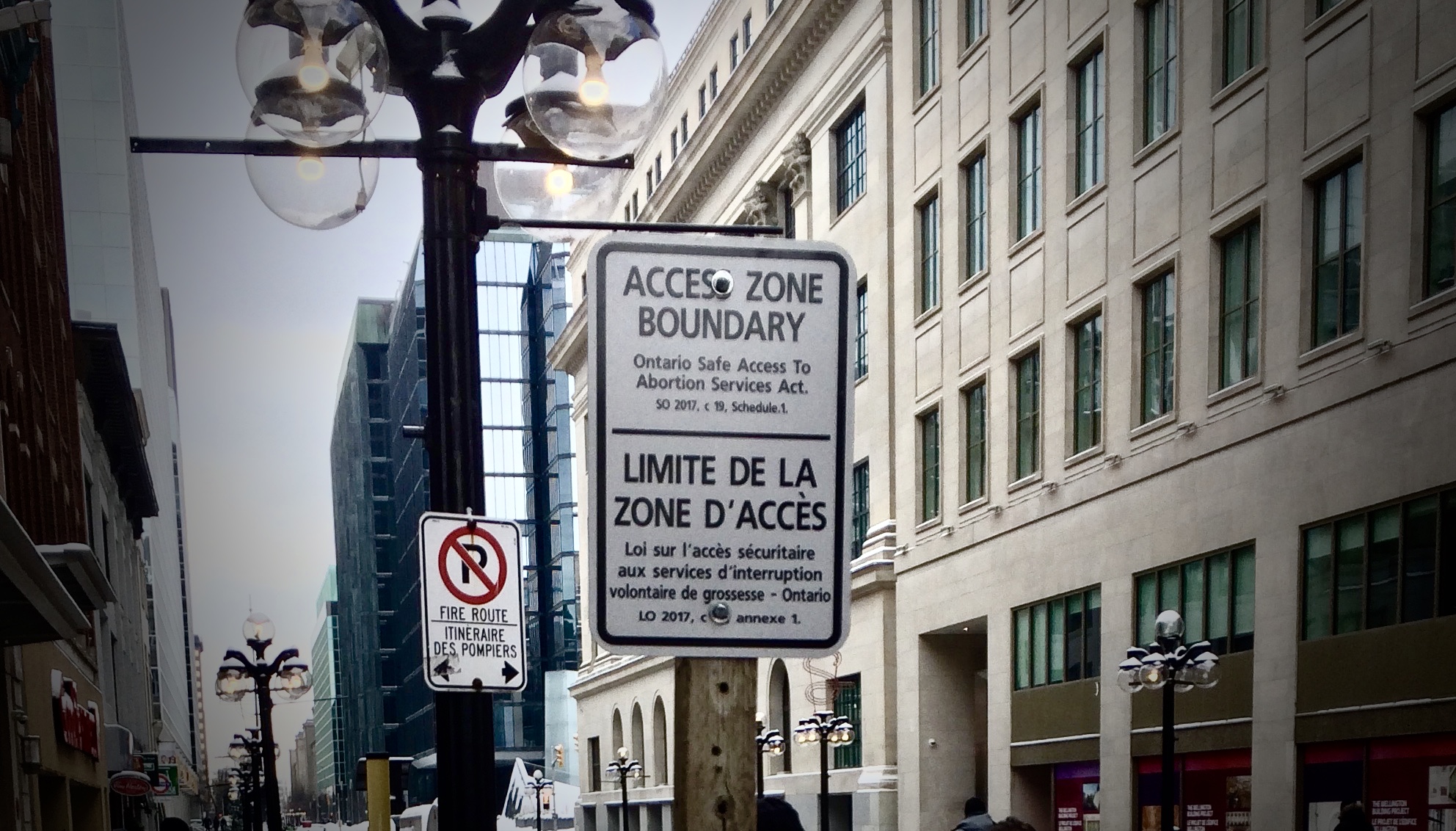 A new law took effect in Ontario this month. It is now an offence, punishable by punitive fines and prison, to “attempt to advise or persuade” someone to refrain from having an abortion, or to “attempt to inform a person concerning issues related to abortion services”, or to “attempt to perform an act of disapproval [of abortion]” in any way, if the attempt is made within 50m (or up to 150m) of an abortion clinic. ‘Access zones’ can also be created around hospitals and pharmacies by regulation, up to 150m in every direction.

Informing? Persuading? Disapproving? Imagine, “You’re under arrest for attempted persuasion…” It is also an offence to “persistently request”, by any means and in any place, that an Ontario abortion provider “refrain from providing abortion services”, no matter how peaceful or polite your requests.

“I do not regret my abortion”, one woman’s sign said. Erase the word ‘not’ and she could be arrested.

The consequence of this law’s viewpoint discrimination was on stark display in Ottawa last week. ARPA is two blocks from the Morgentaler Clinic, so I ventured out see what might be happening on the first day the law came into effect. Just across the street from the Clinic, people were taking signs out of a bag. I thought it might be a bold group of pro-lifers. In fact, it was the opposite. Two police officers walked over and checked out their signs. Evidently, they were satisfied that the signs were sufficiently pro-abortion, since these demonstrators were allowed to stay. “I do not regret my abortion”, one woman’s sign said. Erase the word ‘not’ and she could be arrested.

You’ll find no offence like these in Canadian law. They exist only in relation to abortion. The closest thing I could think of are laws against obscenity or hate crimes, since they are prohibitions on certain kinds of communication (read the legislative ‘debate’ on Ontario’s bill and you might get the impression that pro-life outreach is a hate crime). But obscenity and hate speech laws are applied with a view to the potential effect of the prohibited actions – corrupting morals or promoting hatred. If the act in question cannot reasonably be expected to cause such harm, it should not be prosecuted. When it comes to the bubble zone law, however, the question isn’t whether what you said is likely to intimidate someone or whether you intend it to intimidate, but simply whether you communicated about abortion in a non-approving way. Obscenity and hate speech laws do not target one side of any particular issue for censorship.

The penalties for obscenity and wilful promotion of hatred are similar to the penalties for a bubble zone violation. But it’s much harder to defend yourself against the latter charge. So while it’s a crime to “expose to public view” any “obscene written matter, picture… or other thing”, if exposing obscene material serves the “public good” by being necessary or advantageous for religion, morality, justice, truth, science, or art, you are not guilty of an offence. Likewise, it is a crime to promote hatred, but you cannot be convicted if your statement was true, or was a good faith attempt at a religious argument, or if discussion of it was in the public interest and you believed it to be true.

But the new “bubble zone” offences allow no such defences. If you are charged with “attempting to inform” someone about “issues related to abortion”, you cannot defend yourself by proving that the facts you shared about abortion or alternatives to abortion are true. Nor does it help you that someone was relieved that you told her about a pregnancy care centre. Nor does the fact that your letters to the local pharmacist asking her not to dispense abortifacients were non-threatening, well-reasoned, and factually correct. 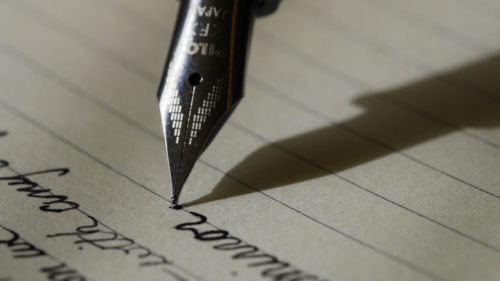