Just check the box: the growth of statism and what’s next for Canada’s Christians 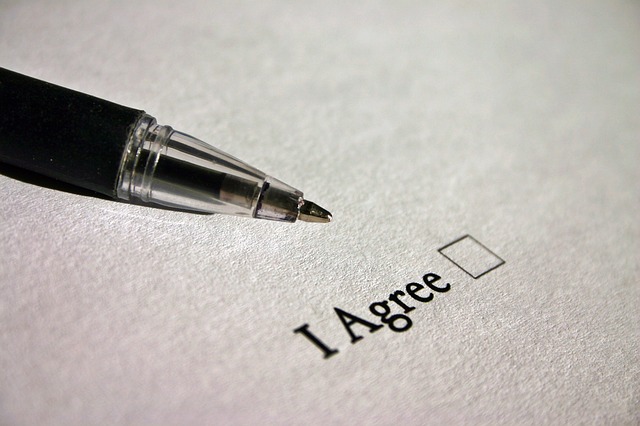 23 Feb 2018 Just check the box: the growth of statism and what’s next for Canada’s Christians

Last month I attended a particularly moving live stage production called Solitary Refinement. The play is based on true stories of persecution. It focuses on the suffering of Romanian pastor Richard Wurmbrand, imprisoned and tortured for 14 years – including two years in solitary confinement – for placing his faith in Jesus above his allegiance to the Communist government. (The play is currently on tour, and I encourage you to attend or have it come to your church. There is also a movie of Wurmbrand’s story coming out in March.)

The play moved me to think about three things over the past few weeks: first, the damage and terror inflicted by communism, socialism, and other totalitarian governments; second, how particular episodes in Canadian political drama of the last few months have an eerie similarity to the first experiences of Wurmbrand with communism; and third, how unprepared Western Christians are to face such totalitarianism.

In present-day Canada, two government institutions require citizens to affirm State ideology in order to enjoy the equal benefit of the law or government programs. The first is the Law Society of Ontario. It announced several months ago that all licensed Ontario lawyers are now required to affirm that they will “abide by a Statement of Principles that acknowledges my obligation to promote equality, diversity and inclusion generally, in my behaviour towards colleagues, employees, clients and the public.” All that lawyers have to do is “just check the box”.

Then, right around Christmas, the Hon. Patty Hajdu, Canada’s Minister of Employment, Workforce Development and Labour, announced that citizens applying for a Summer Student Jobs grant had to “just check the box” to affirm that “the job and the organization’s core mandate respect … the values underlying the Canadian Charter of Rights and Freedoms as well as other rights. These include reproductive rights…”

The State is Progressive. Christianity is Regressive.

Thousands of Canadian Christian charities doing wonderful work in refugee resettlement, summer camps for underprivileged kids, poverty relief, addictions help, and assistance for at-risk youth, must “respect” “reproductive rights” (which include unfettered abortion, according to the government’s explanatory manual) or risk losing out on thousands of dollars. When pushed on this, the Minister said it’s no big deal to “just check the box”, even if you do believe that the pre-born child is a human being worthy of protection in law.

So, what’s the big deal? Is checking a box really the end of the free world? Let’s look at the communist regimes of not so long ago to understand what is at stake.

“The State is Progressive. The State is Progressive. Christianity is Regressive. Christianity is Regressive.” Wurmbrand recounts that this refrain reverberated continually between the loudspeaker and the concrete prison walls inside the Communist prisons of Eastern Europe to brainwash prisoners. It was also a mantra dogmatically drilled into all students attending mandatory State-run schools.

Václav Havel was a dissident writer in communist Czechoslovakia. His plays pilloried communism. As Havel became more politically active, he fell under surveillance of the secret police. His writing landed him in prison multiple times, the longest stint lasting almost four years. He later became the president of the Czech Republic (which formed shortly after the fall of the Soviet Union). His most famous essay is The Power of the Powerless – well worth studying as statism increases in the West and the terrors of communism fade from memory.

Rod Dreher, in his book The Benedict Option, describes a central point of Havel’s famous essay:

Consider, says Havel, the greengrocer living under Communism, who puts a sign in his shop window saying, “Workers of the World, Unite!” He does it not because he believes it, necessarily. He simply doesn’t want trouble. And if he doesn’t really believe it, he hides the humiliation of his coercion by telling himself, “What’s wrong with the workers of the world uniting?” Fear allows the official ideology to retain power – and eventually changes the greengrocer’s beliefs. Those who “live within a lie,” says Havel, collaborate with the system and compromise their full humanity.

That is what’s happening with these check boxes today. It’s so simple – by design – to affirm the State ideology of “inclusion” and “reproductive rights”. Just check the box. And yet what’s actually happening is a wearing away or a numbing of our convictions. Like the greengrocer in Communist Czechoslovakia, we fear the trouble of dissenting. We need the funds. We want to keep our license. As Dreher further explains,

Every act that contradicts the official ideology is a denial of the system. What if the greengrocer stops putting the sign up in his window? What if he refuses to go along to get along? “His revolt is an attempt to live within the truth” – and it’s going to cost him plenty. He will lose his job and his position in society. His kids may not be allowed to go to the college they want to, or to any college at all. People will bully him or ostracize him.

[We have] said that the emperor is naked.

But we must dare to dissent. We need to live within the truth. We have a better and deeper and richer understanding of “diversity” and “inclusion”. We know what murderous lies are hidden behind the euphemism of “reproductive rights”. Because we love our neighbours as ourselves, we dare to dissent because we know what is true, good, and beautiful. And it’s worth fighting for.

As Dreher says, channeling Havel, when we do dissent, “by bearing witness to the truth, [we] accomplish something potentially powerful. [We have] said that the emperor is naked. And because the emperor is in fact naked, something extremely dangerous has happened: by [our] action, [we have] addressed the world. [We have] enabled everyone to peer behind the curtain. [We have] shown everyone that it is possible to live within the truth.”

And so, when I filed my annual report at the end of 2017, I declined to check the box. I wrestled for a long time about whether to check the box. I rationalized checking the box. After all, what’s so wrong with a statement on “diversity and inclusion”? But I concluded that what was motivating me to check the box was fear: fear of professional consequences, fear of the hassle, fear of what others might think of me. And while I do fear the State in a Biblical sense, I can’t do what it is asking of me because I’d ultimately be lying. My statement of principles in not what they are actually looking for.

So I checked no, and then explained myself:

The Law Society of Upper Canada has no clue what the words “equality” “diversity” or “inclusion” mean as demonstrated in its unequal, exclusive and intolerant treatment of Trinity Western University graduates. I hold to an ethic that is deeper and richer and more meaningful than any superficial virtue-signalling that the law society cobbles together. However, the law society has no authority, constitutional or otherwise, to demand it of me. I, therefore, refuse on principle to report such a statement to the law society.

It’s not the most eloquent thing I’ve written. But I dissented.

So where do these check boxes take us? What’s next? I can’t help but think that the check boxes are a trial balloon of sorts. If the current government can get away with enforcing moral conformity as a condition for receiving summer job grants, can it do the same for charitable status? Will the other regulated professions (medicine, accounting, engineering, etc) include check boxes? Will all charities in the next few years have to check the box each year to affirm the “Charter values” of inclusion and non-discrimination and reproductive rights in order to keep their charitable status? And after that, will our Christian schools have to check the box to keep the doors open? Will we as parents have to check the box to access medical care for our kids? What’s next?

Are we prepared for what comes next? I’m not saying this is the way it will go. I am optimistic that when Christians stand up for what is right, good things happen. God blesses faithful witness. So I hope and pray for a revival in Canada and I know it is possible, by God’s grace. But if the trajectory we are on continues downward, are we prepared? How much Scripture have we committed to memory for those lonely days in a prison cell? (There are no Bible apps in prison.) How often do we practice the spiritual discipline of fasting, as Jesus expected us to do? If nothing else, it trains us to cope with hunger. Do we practice the discipline of tithing, which develops a willingness to part with material blessings?

Are we prepared for whatever comes next?