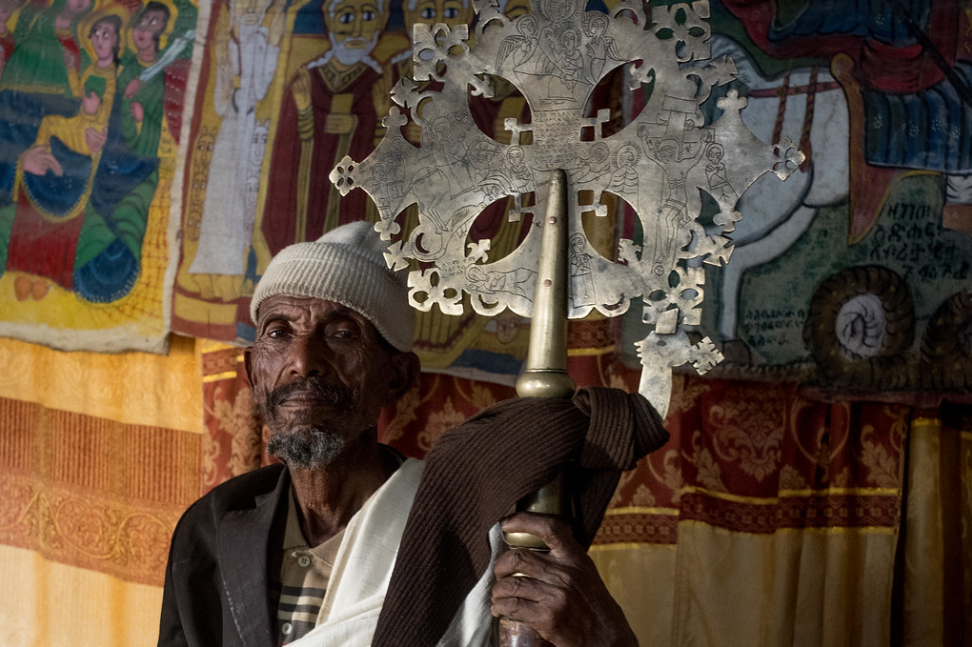 In 2018, we told you about a Supreme Court case called Wall v Highwood Congregation of Jehovah’s Witnesses. In that case, Mr. Wall took a Jehovah’s Witnesses Congregation to court for “disfellowshipping” him. Mr. Wall succeeded in the lower courts, but lost his case at the Supreme Court of Canada (SCC). The SCC decided unanimously that civil judges have no business reviewing a religious body’s decision to expel a member where no legal right is at stake.

That case raised the fundamental issue of churches’ freedom to govern themselves, particularly in matters of church membership, free from state interference. Thankfully, the SCC decision in Wall respected this freedom.

Sadly, last month Ontario’s highest court found a way to get around the precedent set in Wall. This is cause for concern and it confuses the law in this area. In Aga et al v Ethiopian Orthodox Tewahedo Church (2020), the Ontario Court of Appeal ruled that the plaintiffs, former church members, had a legal basis for taking the church to court.

The basis? When the plaintiffs became members, the Court reasoned, the Tewahedo Church’s Constitution (akin to a Church Order in many Reformed Churches) became a civilly enforceable contract between them and the Church. Not only that, but even the “guidelines” governing a special church committee that had been set up to investigate a heretical movement in the church form part of this “contract”. The plaintiffs had been members of this committee and were not pleased that the committee’s recommendations were not followed by church leadership.

Why does this matter for churches?

You can see where that takes us. Imagine a church member is displeased with the decision of your church’s pastor, or council, or even one of its committees. Should he be able to take the church to court over it? Do judges have the authority to decide whether the pastor / council / committee made the right decision or followed the right process? Of course, your church should carefully follow clear rules as it makes important decisions, but just because your church governs itself lawfully does not mean that its law and procedures are enforced or supervised by the civil courts. Civil courts enforce civil or “common” law. “Ecclesiastical courts” (e.g. synod) enforce ecclesiastical law.

The church must defer to civil government in matters of state jurisdiction but cannot defer in matters of church jurisdiction, particularly the preaching of the gospel and exercise of church discipline. What if a court declares a church discipline decision to be void? Whom does the congregation obey, their elders or the civil judge? Should the elders welcome this unrepentant brother to the communion table? As John Calvin explains, the power to bind and loose, or to forgive or not forgive sins, does not lie within mere men. Rather, Christ speaks through His office-bearers, whom He chooses as His instruments. Who then is a civil judge to declare a member’s excommunication – or restoration to fellowship! – to be void?

How the Ontario Court in Aga gets around Wall

Mr. Wall’s lawyer tried unsuccessfully to argue at the Supreme Court that church membership constitutes a civil contract. “Unlike many other organizations, such as professional associations,” the Supreme Court explained, “the Congregation does not have a written constitution, by-laws or rules that would entitle members to have those agreements enforced in accordance with their terms.” In other words, nothing between Wall and the Congregation resembled a civil contract.

In Aga, however, the contract argument succeeded. The Court of Appeal gets around Wall by noting that the Tewahedo Church does have a written “constitution and bylaws”. In fact, the Church uses those terms for its governing documents (unlike “handbook” in Wall). But the Court of Appeal failed to appreciate that the difference is semantic, not substantive. Whatever you call a church’s governing documents (church order, constitution, handbook, etc.), the key question is whether the document is intended (both by the church and its members) to be enforceable in civil court. In Wall, the Supreme Court concluded: “No basis has been shown that Mr. Wall and the Congregation intended to create legal relations.” The Court also commented that “members of a congregation may not think of themselves as entering into a legally enforceable contract by merely adhering to a religious organization.”

So how does the Ontario Court of Appeal get around that?

Oddly, the Court finds that the former members’ commitment to support the Church through monthly tithes made this a contractual relationship. To use the legal term, their tithes constituted “consideration”. Contract Law 101: Contract = offer + acceptance + consideration. That is, if someone offers you something (e.g. a car, or a job) in exchange for something of value (called consideration – e.g. money or goods or labour) and you accept the offer, you have a contract.

Why Aga is confused and confusing

In order to have a binding contract, however, you need intent to create legal relations, to be mutually bound. Not every exchange of promises creates an enforceable contract. In Aga, the Court of Appeal never mentions this mutual intent rule. But if the Court is right that the plaintiffs, by committing to support the church financially when they became members, now have civilly enforceable rights against the Church, it must also mean that the Church has civilly enforceable rights against them – meaning the Church could take them to court for failing to tithe. The Court never seems to contemplate this.

The Court notes that when the plaintiffs became Church members, they filled out a membership application form and filled in the amount they committed to contribute to the Church. (This might help churches who do nothing so formal to avoid Aga as a precedent, but one could argue that even a nonwritten or informal commitment to tithe also constitutes consideration). That may seem oddly formal to us, but the question remains: is this reasonably understood as a legal commitment, or a religious commitment? Are the parties answerable to God or (also) to civil judges?

The Court of Appeal’s decision in Aga exposes churches and other religious bodies to a higher risk of getting caught up in litigation with disgruntled (former) members over internal church matters. In the wake of Wall, which helped clear up some confusion in this area, the Aga decision is unfortunate.

Aga sows confusion about whether a church is at risk of having civil judges purport to exercise authority over matters God has entrusted to ecclesiastical authorities. If a church teaches an obligation to tithe to new or existing members, is it entering into a civil contract with them? How formal or explicit would the commitment to support the church financially have to be? And if a church has a detailed constitution or church order (rather than a less formal “handbook”, for example) will a court be more likely to claim jurisdiction to interpret and enforce it?

A court should not decide whether it has jurisdiction to hear a case based on something so vague as a church’s degree of formality or flavour of legality in its religious governing documents. Rather, as ARPA argued in Wall, the question of whether a civil court should resolve ecclesiastical disputes raises the most fundamental principles of law: the rule of law, freedom of religion, and the limits of civil jurisdiction.

I hope that the Tewahedo Church will appeal and the Supreme Court will reinforce its Wall decision, respecting the court’s limited jurisdiction in religious matters. Should the opportunity arise, ARPA Canada will also consider intervening and contributing a Reformed perspective to the SCC.

Disclaimer: This blog is not legal advice. For legal questions about the implications of this ruling for your church, speak to a lawyer directly.