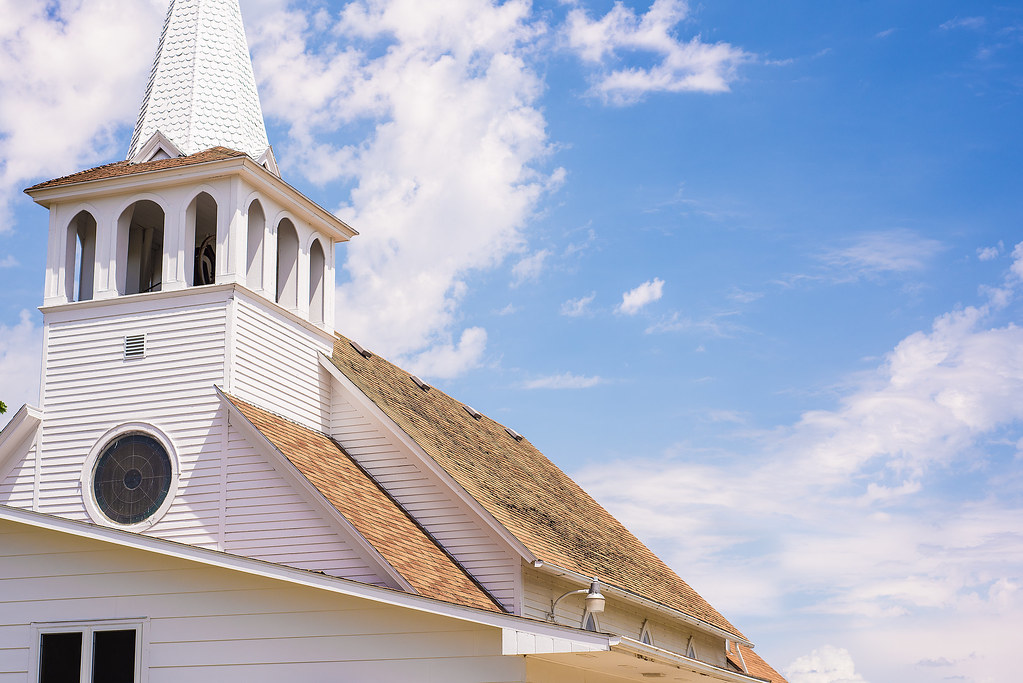 In We Answer to Another: Authority, Office, and the Image of God, David Koyzis explains that authority is intrinsic to humanity and everything we do, because “authority is resident in an office given us in creation,” and when we encounter authority, “we encounter nothing less than the image of God, which always points beyond itself.”

Part 1 of ARPA’s interview with Professor Koyzis covered some of his book’s key ideas. Part 2, below, focuses on the nature and limits of political authority and tensions between political and church authority during COVID.

JS: We discussed how various offices – parent and child, magistrate and citizen, church elder and member, and so on – are rooted in God’s creation design and the foundational human office of image bearer. So, what is distinctive about political authority?

DK: Two things. One is its coercive “sword power”. If I break the law, I might be arrested and jailed. In some countries, you may face the death penalty. Second, and more important, is the state’s defining purpose of public justice. This means the state must use the powers at its disposal to seek the public welfare and to justly integrate the various communities under its jurisdiction.

JS: Some point to the state’s unique “sword power” to say that perhaps the state should only be responsible for policing, national defense, and the courts, since those seem to be the areas where the use of coercive power is appropriate.

DK: I would say yes and no to that. It is because of the state’s legitimate authority and task that we must pay taxes and obey laws and so forth. If we break the law, then the state’s authority is backed by force. But governments have a variety of powers at their disposal. For example, when I was in graduate school in the US, there was a big campaign to ‘just say no’ to drugs. Apart from the fact that these drugs were illegal, the government judged it necessary to try to teach people that bad thing happens if you use drugs. So, although the state’s “sword power” might be what comes to mind first, it usually operates in the background. In fact, if a government relies on physical coercion too easily and often, it may signal that people’s respect for the government’s authority has eroded. The sword power is needed due to the fall. But governments do many things that are beneficial to the common good, to public welfare. There is a certain public coordinative function that requires public authority. I think that recognizing the positive features of civil government gives us an insight into its creational basis.

JS: A contagious and fairly dangerous virus, such as coronavirus, would seem to call for some kind of coordinated public response. In Canada, we have seen, at various stages, civil governments (at the provincial and municipal level) discourage or even prohibit gathering for corporate worship, singing, or celebrating communion. Is this an overreach?

DK: I think right now we’re in a time of emergency. Those of us who were not alive during the Great Depression or the world wars might not be used to the reality that during times of emergency governments take on emergency powers. It is by the nature of government that they do this. During non-emergency times, it would be an obvious over-reach of power. But during public emergencies, governments take on various responsibilities that they would not otherwise. So, I think we should be as patient and cooperative as possible.

JS: Church leaders might say, “Sorry, government, but corporate worship and sacraments are the church’s jurisdiction.” How should this question of jurisdiction be worked out?

DK: I think trying to say that the state has no jurisdiction in this area, with respect to church services, is not particularly helpful at this stage. If, once the emergency is over, governments are still claiming this kind of authority, that is something to be worried about. But I don’t think we have gotten to that point yet.

JS: Is it up to civil governments alone to determine when the crisis has ended?

DK: People are going to disagree about that. I think there’s a diversity of responses in the United States, but less so here in Canada. I would say for an emergency such as this, it is largely up to public officials to determine when the emergency has passed. That does not mean we have to necessarily agree in every respect. But at the same time, I think for the duration of the emergency we need to be as cooperative as we can. Think of people during World War II turning off all lights to hide cities from bombers, for example. This is something that everybody had to cooperate with. We can talk about sphere sovereignty or subsidiarity, but during times of emergency, banding together in such ways may be in order.

JS: OK. So, we should not be too quick to say that the state has no authority here. Just because you’re sitting in a church pew doesn’t mean you’re only under church authority. Let me try another argument to support a church’s freedom (i.e. authority) in this situation. What if, rather than saying “the state has no authority over church services”, church leaders determined that, in order to obey the calling and task of the instituted church, they simply could not continue to forego corporate worship and sacraments, despite the virus. Maybe they’re willing to do things differently, as safely as possible. But ultimately, they’ve worked out in their own consciences, as office bearers, that they must resume communion and corporate worship in some form, out of obedience to God. Would that be a better argument?

DK: I think so, yes. Our church has come up with a way of doing communion at home, with the minister conducting the liturgy via video. I think some traditions might be more uncomfortable with that. I think in some churches, like Catholic and maybe some Anglican churches, they’re treating this as a Eucharistic fast if you will. That might be one way to approach it. If it were up to me, we would celebrate it every week and I think that would be ideal. But today, while we’re in some degree of forced isolation, I think we have to do the best we can with what we have. I think God has blessed us with the technological means to meet remotely. It’s not perfect, but I think it’s a way of coping. If this had happened back in 1985 or 1990, we wouldn’t be in the same position.

JS: I grant that the state has a legitimate concern here. But I’m wondering whether the state can order churches in this way. During the Spanish flu pandemic, for example, public officials in Washington D.C. requested that churches not hold services. And for several weeks, churches there decided not to hold services. Back in March of this year, my church called off a worship service before the government mandated it. But if a church says, “Look, the government says we may not have communion, so we won’t have communion” – doesn’t that imply a kind of “sphere hierarchy”? Isn’t it the responsibility of church office bearers to decide whether or how to worship and administer sacraments?

DK: Ordinarily that’s the case. But once again, during times of emergency, the state takes on powers that it would not during ordinary times. In peacetime, if the state were to take on these kinds of powers then we would rightly protest. For now, I think we need to be as cooperative as we can, yet remain vigilant. If the state tries to maintain these powers after the emergency, the time may come for us to take a more active role in protesting.

JS: So, ordinarily the state must not interfere here. Is it because the state has a good faith reason to shut down or limit church gatherings and sacraments that it now has this authority? Does it depend on the government’s motive? Does a public health emergency, as the state defines it, somehow shift the jurisdictional boundaries between church and state?

DK: I would not go so far as to say that a national or public health emergency shifts jurisdictional boundaries. The boundaries are still there and must be respected. The church in no way derives its authority from the state. However, the state, as a community of citizens led by a government, properly cares for the public welfare in ways that other communities are not easily able to do. The institutional church, for example, is not equipped to handle public health crises affecting huge numbers of people, nor do we expect it to. An emergency necessitates someone assuming a temporary coordinating function in ways that might otherwise seem intrusive. In wartime young men are conscripted into the military, food is rationed, curfews are imposed, bank accounts are frozen—all of these impinge on marriages, families, churches, businesses, and many other communities, at least temporarily.

The intensity of such state-coordinated solidarity would be inappropriate during most circumstances. And there are risks that the state will abuse its authority even during emergencies, as when Canadian and American governments interned their own citizens of Japanese descent during the Second World War. We need to be vigilant to be sure that, once the emergency has ended, the state will not inappropriately try to hold on to emergency powers. This is why democratic and constitutional checks are important.

JS: So, short of civil disobedience by the institutional church and its members, Christians can engage in this and other issues in their office as citizens. How might the idea of office explored in your book help Christians to wisely and faithfully carry out their calling as citizens?

DK: Well I think we need to recognize that we have this weighty office of citizen, which comes with certain responsibilities. We tend to think that being a citizen means that we have a right to this and a right to that. We’re more likely to focus on our rights. But along with the status of citizen comes certain obligations as well. We have the right to vote. You might also call it a duty, though the choices available may not seem particularly palatable to us. But nevertheless, we are obligated to participate as well as we can.

What does Christian citizenship mean at this particular moment in history? Or for a particular election campaign? Whoever we vote for, we will get the bad along with the good. That means different Christians are going to come to different voting decisions. But what faithful engagement and participation means in a given context is not only for individual citizens to try to figure out on their own. I think we have an obligation to talk and work together, to try to come to some kind of understanding as to what our faith demands of us as citizens.

JS: Right. It’s interesting how even asking about what we as Christian citizens should do quickly leads to a discussion about collective deliberation, action, and differentiated offices. We all have an individual voice and vote, yet taking effective action calls for leadership. So this idea of office quickly becomes more complex.

JS: Thanks for speaking with me. I really enjoyed your book. 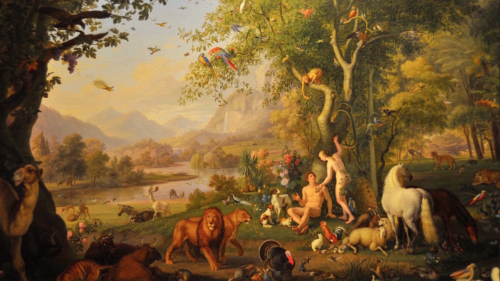