On Bill C-16: Gender Ideology, Freedom, and our Neighbours’ Good

Take Action: Use one of the three EasyMail letters to share your concerns with your MP before C-16 sails through the House of Commons

Bill C-16, if passed, will amend the Canadian Human Rights Act to outlaw discrimination on the basis of “gender 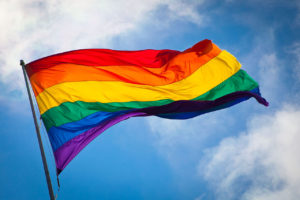 The bill limits the fundamental freedoms of expression, religion, and association, without improving the lives of people who struggle with gender identity.

Sadly, the House of Commons Committee reviewing the Bill chose to forego public input on the bill. Thankfully, it has not yet gone to third reading in the House of Commons. So there is still time for you to act and to be heard by MPs. (If the bill passes in the House, it will have to be reviewed and passed by the Senate, and ARPA hopes to be able to present to the Senate Committee.)

As Christians we must strive to be fair, honest, and kind in our dealings with our neighbours, including our employees, customers, and tenants (human rights law applies to services, employment, and use of commercial or residential space).

We can protect people against bullying, harassment, and violence without embedding contentious, unscientific, “progressive” gender ideology in law.

We simply cannot affirm that everyone has “the right to define their own gender identity” and to have others affirm them in that. We do not consider “behaviour that reinforces traditional gender norms” (leaving out bullying and other cruel treatment) to be ignorant or confused. Refusing to use “non-binary” gender pronouns such as “ze, zim, zer” is not bullying or harassment. We cannot set aside the truth that people are male or female. It would be unloving to do so.

You can find links to EasyMail letters below:

Read on to learn more about the content and ramifications of Bill C-16.

The Canadian Human Rights Act, which Bill C-16 will amend if passed, applies to federally-regulated industries and activities, such as banking, aviation, and shipping. (Provincial human rights statutes apply to most employers, service providers, and housing providers.)

With gender identity and expression added to human rights statutes, those who refuse to affirm “progressive” gender ideology risk being penalized.

“Gender identity” refers to a person’s “sense of being a woman, a man, both, neither, or anywhere along the gender spectrum”, irrespective of one’s sex at birth. And “gender expression” is “how a person publicly presents their gender”, including “behaviour and outward appearance such as dress, hair, make-up, body language and voice” and “a person’s chosen name and pronoun”.

The Ontario Human Rights Commission (OHRC) Policy on Gender Identity says transgender people “should be recognized and treated as the gender they live in” and “have access to washrooms, change rooms and other gender specific series and facilities” based on their gender identity, and be free to dress according to their “expressed gender”. Failure to satisfy these requirements can result in financial and other penalties such as requiring gender identity sensitivity training in the workplace.

The OHRC Policy says that the notion that there are only two genders is ignorant and confused and that transgender people suffer as a result of this ignorance and confusion. Bill C-16 embeds this dangerous and mistaken line of thinking in our federal law.

In reality, it is the notion that there are more than two genders (some today believe there are 30+ genders) that is ignorant and confused. It is not based on science, but ideology. Our lawmakers should not be enforcing such ideology through law.

What may be considered illegal by a human rights tribunal goes far beyond what we would consider to be the objective mistreatment of people. According to the OHRC, illegal conduct could include:

While so-called transgender rights have already been added in several (but not all) provincial human rights statutes, if Parliament votes against this bill – or even if a sizeable, vocal, and articulate group of dissenters emerges within Parliament – it would encourage the kind of thoughtful reflection and articulate opposition that is too often lacking in response to the “progressive” agenda.

It is a criminal offence to wilfully promote hatred against an identifiable group by communicating statements, other than in private conversation.

“Hatred” in section 319 of the Criminal Code refers to a most extreme emotion that belies reason and implies that those individuals are to be despised, scorned, denied respect and made subject to ill treatment on the basis of group affiliation. An accused must be shown to have subjectively desired the promotion of hatred or to have foreseen the promotion of hatred as substantially certain to result from his communication.

The accused can rely on the following defences:

The threshold for a conviction for wilfully promoting hatred is high and there are several robust defences. Consequently, Bill C-16’s changes to the Canadian Human Rights Act will likely have more of a practical impact than its change to the Criminal Code.

Still, there is a legitimate concern that these changes to the Criminal Code will have a chilling effect on freedom of expression by posing a risk of prosecution for those who would vigorously and vocally oppose progressive gender ideology. Questioning the propriety of this law is not equivalent to defending the promotion of hatred.

Please send your MP a message:

No MP Stands Up to Oppose Federal Conversion Therapy Ban