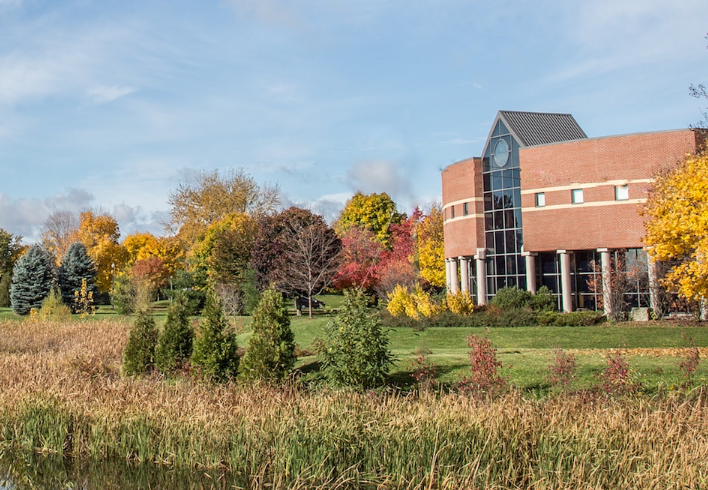 CBC is at it again. Last week, I explained how CBC’s reporting on a videographer’s decision to decline to film a same-sex wedding was designed to advance a particular narrative: that governments and society still have a lot of work to do to combat homophobia.

This week, in a piece posing as investigative journalism, CBC bolsters this narrative and suggests next steps in the progressive battle against homophobia, namely: suing, defunding, and disaccrediting Christian schools. CBC targets Redeemer University, whose code of conduct forbids sexual intimacy outside of (heterosexual) marriage. Framing this as a news story helps CBC advance its agenda while disguising the fact that it has one.

The CBC ombudsman exists to deal with concerns from the public about their content and reporting. We encourage you to write to [email protected] to share your concerns with this type of reporting. ARPA Canada has encouraged this type of action before, and have been encouraged that they do seem to take complaints seriously.

The article starts by quoting a “queer student” who left Redeemer in 2016, saying that its code of conduct was a “huge influence” on her decision to leave. Later, it quotes a 2001 graduate who thinks Redeemer’s “anti-LGBTQ” (CBC’s term) policy was not shocking back then, but “the fact that it’s 20 years later and it hasn’t changed, that is alarming to me.” It’s also alarming to CBC, which is keen to remind us: “Same sex marriage became legal in 2005.” In CBC’s worldview, it follows that everyone should be celebrating homosexual sex by now.

CBC claims to have spoken to “a number of” other Redeemer students and alumni, none of whom would go on record, but all of whom “expressed concerns about a school policy they say discriminates against LGBTQ students.” CBC also relies on a 2019 document, called the “Rainbow Report,” submitted to Redeemer by students and alumni, which CBC describes as “full of reflections that describe living in a culture of fear and shame.” Yet CBC cites no examples of mistreatment of any LGBT student by professors, staff, or fellow students. Rather, the quotes provided indicate a general feeling of discomfort or fear, without accounting for why these persons felt that way. The reader is simply supposed to assume they felt that way because Redeemer is a bigoted community. Being afraid, for example, “that someone would catch my eyes wandering,” is apparently proof of that.

That’s about it, in terms of CBC’s “investigation” into the situation at Redeemer. In the Trinity Western University court case, several same-sex-attracted persons testified that they enjoyed their time at TWU, were treated kindly, and appreciated that TWU’s culture was less sexualized than other universities. I don’t expect CBC went looking for such people for its Redeemer story. Instead, the rest of its 2,000-word article dives into answering the question – without explicitly asking it – What should be done about this?

Who are these experts? CBC doesn’t say, and it’s really beside the point. Citing unnamed experts gives CBC cover to get its own implicit message across – namely, that it’s time to wage legal warfare against Redeemer and the like.

You could be forgiven for thinking there is a general consensus among lawyers that Redeemer’s policy breaches the Human Rights Code after reading this piece. Yet no tribunal has ever found that Redeemer’s policy, or similar policies at other institutions, violate human rights law. Nor has any court ever found that extending public benefits or funding to religious schools is illegal. For all CBC’s unnamed “experts,” the article cites only one lawyer, Susan Ursel, and one paralegal, Christopher Karas. Ursel, a longtime advocate of the LGBTQ cause, represented the Canadian Bar Association as an intervener in the Trinity Western case and told the Supreme Court that it was time to review the charitable status of organizations with policies like TWU’s. Karas took his Catholic high school to court for preventing him from advertising his “Gender and Sexuality Alliance” group with posters and is now taking Canada Blood Services to court for its policy towards blood donations from MSM (men-who-have-sex-with-men).

Karas and Ursel make curious arguments about the Redeemer policy’s (il)legality. Karas makes the blatantly false claim, which CBC should have been embarrassed to print, that “courts have generally held that religious rights are institutional rights whereas sexual orientation and gender are individual rights, which supersede religious rights.” In fact, our courts have never held that religious institutions have constitutional rights (the people within them do), though they acknowledge that religious freedom has important communal dimensions. And as for Karas’ statement that courts hold “sexual orientation and gender rights” above “religious rights,” our courts have stated repeatedly, almost as a mantra, that there is “no hierarchy of rights.” (This no-hierarchy principle remains in effect, at least on paper, though we may question the extent to which our courts follow this principle in practice.)

Neither Karas or Ursel explain the law as it is, despite CBC presenting them as experts to help its readers understand the legal situation. Rather, Karas and Ursel present the law as they (and the CBC) think it should be. That is why CBC went to them. That is why CBC didn’t ask constitutional law professors, for example, whether Redeemer’s policy is legal, or bother to ask for comment from civil liberties lawyers on the other side of the issue.

What if somebody sues Redeemer and loses? Couldn’t that hurt CBC’s credibility (with those for whom it still has any)? In CBC’s worldview, even if Redeemer successfully defends itself against a discrimination suit today, it must eventually lose. The more that people think “discrimination” at such institutions should be disallowed, the more likely it is that all branches of government will work to change matters. Laws can be amended by legislatures or reinterpreted by courts. Research grants can be denied. Accreditation can be withdrawn and charitable status revoked.

The TWU decision was about whether a law society could refuse to recognize would-be graduates from TWU’s proposed law school. It was not (directly) about whether the provincial government could refuse to accredit its law school, or whether TWU violated the Human Rights Code, or whether TWU can receive public research grants or keep its charitable status.

But CBC “journalists” see an opportunity to extend the progressive victory in the TWU case. They’re playing the long game incrementally, by identifying their next objectives and targets – which are closer to home than you might think.