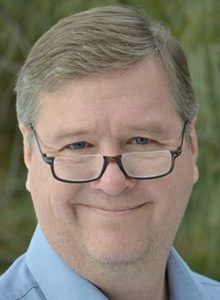 There’s an important court hearing starting in Ontario today. It involves the conscience rights of doctors; the notion that they should not be compelled to do things that run against their moral or religious beliefs.

The regulatory body that governs the medical profession in Ontario has a policy that essentially takes away the freedom of doctors to apply their moral standards to certain medical procedures; specifically, euthanasia. That policy is being challenged in court.

The Evangelical Fellowship of Canada is part of the court case, and on the feature this week, we talk to the President of that organization, Bruce Clemenger.

LN: Bruce, let’s start with some of the background on the case.

BC: The College of Physicians and Surgeons of Ontario (CPSO), which is the professional regulatory body for physicians, has implemented two policies which require effective referrals from doctors for patients to obtain Medical Assistance in Dying/assisted suicide and euthanasia. That’s being objected to by a number of doctors; I believe there’s five involved in the case – one Catholic, four evangelical – by reason of their religious faith and their conscience. That they cannot be complicit or be in any way involved in the provision of assisted suicide or euthanasia. And so they’re objecting to this policy.

LN: And the object is to get this policy changed, correct?

BC: Yeah. Basically, they’re launching a Constitutional challenge, arguing that the College of Physicians and Surgeons of Ontario are overstepping their bounds; violating the Charter rights of doctors by requiring an effective referral. Now an “effective referral”, it’s kind of like a prescription. Lawyers are calling it a “material cooperation”. (Where) you’re basically engaged not in the act itself but in facilitating an act which you believe violates your conscience. Now again, this is an intentional act that prematurely ends the life of a person. This is killing someone. And they don’t want to be complicit at all.

And it’s interesting that all around the world, wherever assisted suicide/euthanasia is legal, no other jurisdiction is requiring doctors to be involved in this way. So Ontario’s the exception. And they’ve developed this policy, and actually in addition to the CPSO, the Ontario government is backing them in this action. So this is quite extraordinary. It’s very troubling.

LN: So what’s coming up this week is the first round of the court hearings on this?

BC: That’s right. So the five doctors, joined by the Christian Medical/Dental Society, the Canadian Federation of Catholic Physicians Society, and Physicians for Life; those three organizations along with (the) five specific doctors have launched the Charter challenge. Tuesday, Wednesday, and probably Thursday they’re going through the first round of action on this at the Ontario Superior Court of Justice.

LN: I was talking to a friend of mine about this case, and he came to the conclusion that there’s a certain amount of irony here. If you as a doctor don’t want to help or facilitate in killing somebody, from a regulatory perspective the College and the Government of Ontario are saying “Well, if you’re not going to participate in killing somebody, we’re not going to let you participate in saving lives; in being a doctor.” Is it that egregious?

BC: It is. My interpretation – and many others as well – is (that) the Supreme Court, when it decriminalized assisted suicide and euthanasia in certain situations, they didn’t create a positive right. They didn’t say you had a right. They said you had a freedom now to ask a doctor to help you kill yourself or to commit euthanasia against you with your agreement.

(It’s the) same thing with abortion. When abortion was decriminalized, and there’s no law on abortion, that doesn’t mean you have a right to abortion. It means that you’re not prohibited (from) seeking an abortion.

So now the governments have introduced legislation which facilitates someone obtaining assisted suicide/euthanasia if they meet certain criteria, and they want to make sure that all patients – it’s a legal service – they all have access. Well that’s the burden that the government has in providing it. It shouldn’t be a burden placed on each and every doctor.

The doctors have freedom of religion, they have freedom of conscience. In a plural(istic) society, it’s important that doctors of different faiths be accommodated, and it’s not the business of the state to be enforcing a certain moral view or actually, in effect, asking doctors to stop being moral agents and merely being technicians. And that’s where, again, these doctors – especially these Christian doctors – recited a Hippocratic Oath to “do no harm.” They’re there to save lives and care for people, not to kill people. And this is just an absolute contrary track that they’re being compelled to pursue.

LN: What’s the EFC’s role in this? So you’ve applied (for) and received intervenor status?

BC: Yeah, we’ve joined with the Ontario Association of Catholic Bishops and the Christian Legal Fellowship – so there’s three of us – and we’ve co-intervened. The Catholic Bishops and the EFC are kind of the two broader religious bodies representing those religious traditions those doctors belong to. So we wanted to make sure that we were in court to affirm to the court that we’re agreeing with the doctors; that being materially involved in killing someone is a violation of our religious beliefs. We thought it was important to step behind these groups of physicians and these doctors themselves and say “We agree. This is something that, if they’re compelled, would violate their religious faith and their conscience. These are freedoms that are protected in the Charter, and we’ll stand behind them as they challenge this.”

LN: Is this potentially a multi-round piece of litigation? I mean, these things – no matter who wins – there’s often appeals. Are we kind of expecting this to wind up at the Supreme Court before it’s all done?

BC: Yes, I believe so, because I don’t think the doctors or the Christian Medical/Dental Society, the Physicians for Life, and the Federation of Catholic Physicians; I don’t think they’re going to back down. And from the looks of it the College of Physicians and Surgeons of Ontario are making this a critical issue in their approach. So whoever loses will probably appeal, and we could well go to the Supreme Court.

Also, there’s a broader implication. I mean, every other province in Canada is looking at alternatives; some kind of a call hotline or something, so if you’re feeling you want to have someone who will help you kill yourself, there’s a 1-800 number or something to call to get connected to a doctor who has agreed to facilitate this. But obviously the Ontario approach is kind of the easiest way. You take the burden off the province or the College, and you put it on each individual doctor to comply. So that’s a lot easier. And if the College of Physicians and Surgeons wins in Ontario, it could well be that other provinces will say “Well, I guess it’s OK. We’ll do this too.” So it could not just affect doctors in Ontario, but doctors across the country eventually.

But also, what about other professions? What about matters of faith or conscience where, again, you’re not a technician – you’re a professional? You bring your moral judgement to bear when you’re assisting someone, where you have a patient or a client. This also could have implications for other professions as well. You know, teaching… across the board. So it’s just one province, it’s a couple of regulations, but again, if we lose here it could have a spillover effect into other provinces and other professions. If we win here then there’s a strong line being drawn saying “No. Doctors should not be compelled to something which violates their conscience, and it’s wrong to force people out of their profession because they disagree with some of the governmental policies.”

Freedom of Conscience, Ontario Email Us