We sent the following letter to all Members of Parliament and Senators this past week. Please consider following up with your MP and Senators from your province (see listing here) and ask them if they are willing to defend the vulnerable, or if they intend to turn a blind eye and allow State-endorsed, state-funded killing. 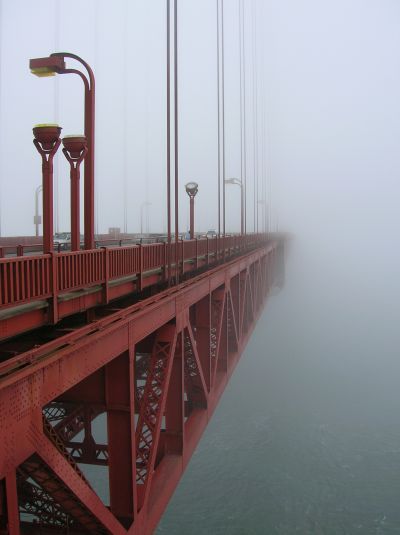 If you were walking next to the icy Rideau River in Ottawa and came upon a girl climbing over the railing of a footbridge spanning the river, what would you do? Would you pretend you didn’t see her and keep walking, trying to block what is happening out of your mind? Or would you approach her and offer to help? If she proceeded to tell you that her life is not worth living, would you do everything possible to affirm the value of her life, or would you give her a push into the icy waters?

With the clock ticking away on a four-month court-imposed deadline, this Parliament is rushing to pass a law to kill those who don’t want to go on living. Strip away the euphemisms of “physician-assisted dying” or “medical aid in dying” and what we are witnessing is eerily similar to the scenario described above.

Metaphorically, thousands of Canadians are lined up on bridges in their respective cities, feeling like a burden to those around them. Instead of telling them that they are inherently valuable and that we will be there to help them with the struggles they are facing, Parliament is confirming for them that their lives are not worth living. Although there may be some distance between the MP and the person giving the push, the outcome is the same. State-endorsed, state-funded killing.

The Supreme Court of Canada made a mistake in its Carter decision last February. They said that the purpose or object of the law against euthanasia was only to protect vulnerable people in a time of crisis. They then concluded that the law was overly broad in accomplishing this goal so they struck it down as unconstitutional. But their conclusion on the object of the law is simply not true. Our laws against assisted suicide have a broader purpose, including the protection of all human life as inviolable. Euthanasia is not just wrong because some vulnerable people may slip through the cracks (though that is certainly a cause for alarm). It is wrong because it is always wrong to intentionally kill an innocent human being. “You shall not murder” does not cease to be relevant simply “because it’s 2016.”

An independent legal analysis conducted by the organization I work for has proven that Parliament can still prohibit all euthanasia and assisted suicide – without invoking the notwithstanding clause – by clarifying in a new law that the purpose of an absolute prohibition goes beyond what the Supreme Court mistakenly concluded. We circulated this legal analysis to every one of you, and beyond. We have yet to hear one solid argument refuting it. The bottom line is that you cannot claim that the Supreme Court decision requires you to legalize euthanasia and assisted suicide. You can, and must, correct the Supreme Court’s error and pass a new law protecting all human life. It requires courage. But courage should be expected of everyone who sees someone on the side of a bridge, ready to jump.

Rather than pushing Canadians into the icy river, every MP and Senator ought to say, “I’m not going to help you jump. Nor will I leave you alone, because I care for you. You may not know me and I may not know what it is like to suffer like you, but I know that you are someone worthy of love and protection. I promise that I will come alongside you and help you walk through whatever it is that you are facing right now.”

It’s time for our elected lawmakers to send a loud and clear message to all Canadians that it is our collective responsibility to demonstrate love to our neighbour, regardless of their ability, age, or feelings of self-worth. Killing should never be an option. Every one of us will ultimately be accountable for how we treat our neighbours.

Please contact us by reply to this email if you want to discuss this some more. We are here to help you. Two of my colleagues are based in Ottawa and may be able to meet to discuss this further.

Thank you for your dedication to this land.