Some social conservatives in Alberta are expressing disappointment at what they perceive to be United Conservative Party (UCP) Leader Jason Kenney’s position on Gay Straight Alliances and the question of parental notification.

The party held its founding AGM and policy convention in Red Deer in early May, and ever since then, there has been considerable controversy over Kenney’s statements with regard to a particular policy resolution that was passed there.

Resolution 30, which passed with the support of 57 percent of the delegates, called on the government to reinstate parental consent for any subjects of a religious or sexual nature in Alberta schools.  The resolution was quickly painted as an effort to “out” gay students to their parents if those students joined so-called “Gay Straight Alliance Clubs.” Some delegates to the convention, including former interim PC Leader Ric McIver, warned delegates that this issue would resurrect the “lake of fire” controversy, a reference to a Wildrose party candidate who – in the last Provincial election – warned that homosexuals  faced eternity in the “lake of fire,” or hell, if they didn’t change their ways.

At the end of the convention, Jason Kenney seemed to disavow the resolution, saying the UCP opposes outing gay kids to their parents.  He told reporters that a UCP government (would) not be changing law or policy to require notification of parents when kids join GSAs,” adding that he’s the one who “holds the pen on the platform,” and that outing gay students would not be part of that platform. 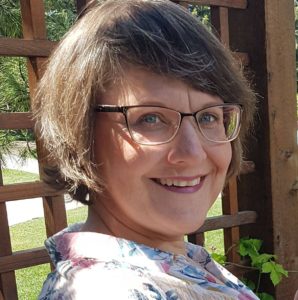 But Donna Trimble of the group Parents for Choice in Education (PCE) says the media has deliberately distorted what Resolution 30 was really all about.  She says the intent of Resolution 30 was clearly to push the idea that “sexual content and religious content remain Section 50.1 of the School Act,” which used to expressly say that parents had a right to be notified when those issues were being discussed in the classroom.  “GSA’s were not (even) mentioned in the resolution,” she says.

She says the real problem is in the nature of the content that’s part of GSA’s.  “We’ve been reassured time and time again that GSA’s are only social peer support groups” that don’t involve promotion of any particular agenda.  If that’s the case, she says, “most parents across the province” wouldn’t have a problem with their children joining those clubs.  “But we are aware of the fact that (an online) resource provided for these children in these clubs was found to contain, in one or two clicks, links that led to incredibly egregious, sexually graphic material.”
Trimble concedes the resolution was “poorly worded,” but Kenney’s statements on this issue have been misrepresented.  “We all know that every party, as they approach an election, must sit down with a committee and write up a platform, and that platform needs to speak to the population at large.”  But she says it’s simply false to suggest that Kenney will not respect the resolution that was passed at the convention.   She says she attended Kenney’s closing press conference, and the UCP leader clearly said – multiple times – that if the UCP forms the government, they “would make sure that local schools regain the autonomy to engage parents whenever the health and safety of students were at risk in the classroom.”

Trimble says there were also a number of other very family-friendly resolutions passed at the convention, which have been completely ignored in the media coverage, including an affirmation that family is a fundamental building block of society, support for the rights of parents to direct the education and upbringing of their children, and a requirement that teachers communicate with parents when it comes to children’s well-being. Trimble’s organization has published a list of eight pro-family resolutions on their website.

Fundamentally, Trimble says, PCE is non-partisan, “but we don’t like dishonesty,” and the discussions around Resolution 30 have been “deeply mischaracterized.”