Posted at 16:43h in Justice and Freedom 0 Comments
0 Likes
Share

The Trinity Western University (TWU) case is not a simple prosecutor-defendant case that you may be used to seeing on television. It’s far more complex and the outcome of this case may have repercussions in Canadian law, outside of the individual courtroom where this case is heard. To help you understand the case we have asked our legal counsel, André Schutten, to explain the TWU case for our readers.

Q. First of all, what are some reflections on the hearing last week (December 16-19)?

A. My biggest take away from the entire experience was how wonderful it is to be part of a large community that believes in the power of prayer. Praise God for his goodness and providential care! I received countless emails, text messages, phone calls and Facebook messages recounting the prayers being lifted up for this case. We know God hears our prayers, and I can report that the hearing went well. The judge was very prepared and asked good questions of all the lawyers. We look forward to seeing his judgment released in the coming months. In the meantime, please continue to pray for Justice Campbell, that he receives all the wisdom and discernment to rule justly and righteously.

Q. A lot has unfolded on the TWU conflict over the past half-year. Can you summarize what the conflict is about and how it has unravelled?

A. In 2012, TWU submitted a proposal for Canada’s first ever private Christian law school to the Federation of Law Societies of Canada and to the BC Minister of Advanced Education. After intensive 18-month reviews, both decision makers gave TWU a green light in December of 2013. In the ensuing months, the law societies in Ontario, Nova Scotia and B.C. decided that, due to TWU’s Community Covenant which limits sexual intimacy to between a married man and woman, these law societies would not recognize TWU’s law degree.

Q. What, in a nutshell, is the big deal? Why should other Canadians care about a conflict among law societies and a small private university?

A. What this case stands for – the message that has been communicated over the past year – is that if a citizen belongs to a community that holds itself and its members to a Biblical standard of holiness, (to be “holy” simply means, to be “set apart”, different) if a citizen belongs to such a community, then he or she cannot have equal access to the public square, and certainly not to the regulated professions.

This was very much perceived as a “shot across the bow” and is part of the reason ARPA Canada intervened in the case. By legitimizing, or, more accurately, by perpetuating acts of discrimination, the State sends a clear signal to citizens that discrimination (on the grounds of religion) is acceptable and justifiable. As ARPA Canada reported on here, already massive corporations are now discriminating against Christians too, in response to this very case.

Q. Why is Nova Scotia the only court that is hearing this case right now?

A. The Minister of Advanced Education in B.C. who gave TWU a green light in December, 2013 revoked his earlier consent on December 11th. (You can read more about that here.) Without the minister’s approval, the lawsuits were in danger of becoming moot. The Ontario lawsuit was put on hold. But TWU and the Nova Scotia Barristers’ Society (NSBS) decided to proceed with the Nova Scotia case on the merits. And on December 19, TWU filed suit in B.C. as well, so that action is now likely to proceed.

Q. Who is intervening in the case?

Q. What is the thrust of ARPA’s arguments and how do they relate to the other intervenors?

A. While we recognize that this case raises very important questions about freedom of religion, freedom of expression and freedom of association, we felt that those issues were well covered by other intervenors (see above) and that an often overlooked argument is the equality rights argument. We argued that for the State (in this case, the law society) to create unequal access to the legal profession, based solely on a religious community covenant, violates the equality rights of Christian citizens who belong to Bible-believing churches and communities.

Q. Do you get to present oral arguments this time? If so, what are you going to say?

A. Yes, we received permission to present for 20 minutes to the court. You can see a link to watch or read our oral arguments here.

Q. Why does this case in Nova Scotia matter to religious freedom?

Q. How long will it be before we get any clear direction in this conflict? What will it take for TWU to be able to start a Christian law school?

A. At the end of the hearing, the judge promised a decision before the end of February, 2015. This decision will give a good indication of what will happen in courts in other provinces. I think it’s a fair guess that, if TWU wins in both Nova Scotia and in B.C., the Minister of Advanced Education will reinstate permission for the law school and TWU can proceed. However, if TWU loses in either or both provinces, there will likely be a very long and protracted legal battle to the Supreme Court of Canada.

A. All that’s left to do with this particular case is prayer. So please pray for The Honourable Justice Campbell by name, for all the wisdom he needs to rule justly and wisely. And continue to raise this story with colleagues, friends, family and neighbours to show what is at stake here. 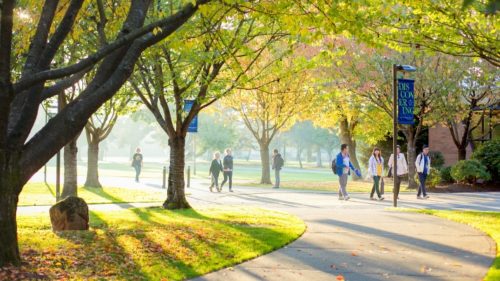