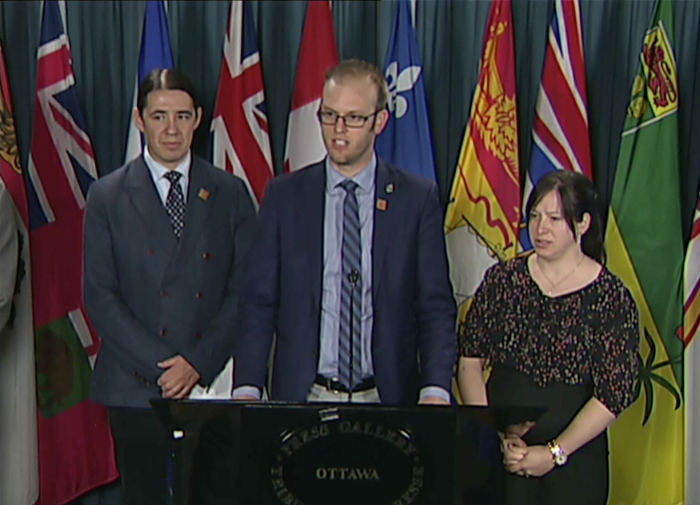 Peace River-Westlock MP Arnold Viersen has been selected as the co-chair of an All-Party Parliamentary Group to end Modern Slavery and Human Trafficking. The All-Part Parliamentary Group (APPG) was launched on April 26th, at a press conference in Ottawa.

Viersen says the group has members from all the major parties in both the House of Commons and the Senate. The APPG is modelled after the UK All-Party Parliamentary Group to end Modern Day Slavery. “That’s where we got the idea,” he says. “There’s a number of other Committees similarly set up here on Parliament Hill; one to end genocide, (another) on cooperatives, that kind of thing.”

Viersen says the group will be looking at actions that have been taken in Britain, Europe, and in California, where there are laws in place to force large companies to be accountable to their shareholders on what kind of corporate impact they’re having on human slavery and sex trafficking. “One of the first projects that we’re taking on is called ‘Supply Chain Reporting’; we’ll be looking at how we can put some legislation forward around having publicly traded companies put forward a minimum of a one-page report – as part of their financial reporting – seeing their impact on human trafficking in the world.”

He says practically speaking, it’ll be up to shareholders to determine the veracity of the reports. “Some companies like McDonald’s (restaurants) might say, ‘There might be some supply chain in the agricultural sector that maybe has an issue, but we’re pretty confident we’ve got that under control’, and if the shareholders believe them on that, it won’t be an issue. The next company – a mining company that’s working in Eritrea – might say ‘Hey, we’ve got nothing going on’, and people may not believe that.”

Other co-chairs of the group include Liberal MP Robert-Falcon Ouellette from Winnipeg, and Quebec NDP MP Christine Moore.

The International Justice and Human Rights Clinic at the Allard School of Law at UBC will be providing administrative support to the group’s work.

You can listen to the full interview with Arnold as featured on our Lighthouse News broadcast here.

Nova Scotia MLA introduces a bill to protect children on the internet from pornography
By using our site, you acknowledge that you have read and understand our Cookie & Privacy Policy