22 May 2019 Do Not Bow Down: What the LSO Bencher Election Teaches Us About Being a “Certain” Christian 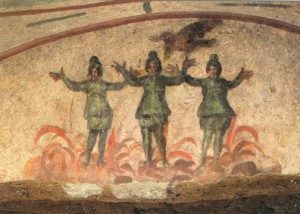 On April 30th, 2019, the Law Society of Ontario (LSO), the body that governs lawyers and paralegals in the province, elected a new board.

In this election, a group of 22 candidates took a public stand against the LSO’s controversial Statement of Principles (SOP) mandate, which ARPA has written about. The SOP mandates all lawyers licensed in Ontario “to adopt and to abide by a statement of principles acknowledging their obligation to promote equality, diversity and inclusion generally, and in their behavior towards colleagues, employees, clients and the public.” Remember, the ones policing this are the same legal regulators who refused to accredit Trinity Western’s proposed law school. They had their own ideas about the meaning of equality, diversity, and inclusion.

These 22 candidates were part of the StopSOP movement, which opposed the SOP on the grounds that it “compels speech, infringes freedom of thought and conscience, and imposes a political litmus test for the practice of law in Ontario.”

Prior to the election, I suspect many lawyers and law students who supported to StopSOP movement had low expectations. There were 126 candidates vying for just 40 positions. The cynic in me believed that getting even 1 out of the 22 StopSOP lawyers elected would be an unlikely success.

The election results were released on May 1, 2019. I and every other politically aware lawyer I knew was shocked. All 22 of the anti-SOP candidates had been elected. All of them.

Their success is important for a few reasons. First, it represents the beginning of the end of the SOP. Second, it marks the rise of a vocal few who dare oppose the group-think infecting many of our institutions. And last but not least, it demonstrates the power of refusing to cave in, refusing to bend a knee to whatever ideological force is being wielded by the state and its agents, including the LSO.

“And last but not least, it demonstrates the power of refusing to cave in, refusing to bend a knee to whatever ideological force is being wielded by the state and its agents, including the LSO.”

The way I see it, this election illustrates a principle that we see demonstrated quite clearly in the Bible. The Bible tells of a historical moment between a king named Nebuchadnezzar and three men named Shadrach, Meshach, and Abednego. These men were Jews living under the totalitarian control of Babylon.

History tells us that, after creating a 90-foot golden statue of himself, King Nebuchadnezzar issued a decree mandating that, when music played throughout the city, all the people were “to fall down and worship the golden image…” (Daniel 3:5)

The music played. The people bowed down. Even Jews bent their knees, caving in to the coercive control of the state. But Shadrach, Meshach, and Abednego remained standing.

The Bible explains that people approached King Nebuchadnezzar and said: “There are certain Jews whom you have appointed over the affairs of the province of Babylon: Shadrach, Meschach, and Abednego. These men, o king, pay no attention to you; they do not serve your gods or worship the golden image that you have set up.” (Daniel 3:12)

Many of you will be familiar with the rest of the story: the king flies into a fit of rage, demands that these three men bow down, and, when they again refuse, he throws them into a fiery furnace. But something miraculous happens: Instead of them dying in the fire, God intervenes, and Shadrach, Meshach, and Abednego walk out of the furnace, unscathed. And, “Then the king promoted Shadrach, Meshach, and Abednego in the province of Babylon.” (Daniel 3:30)

There are two important lessons that I think we should learn from this story:

“It is better to be a certain Christian—to be a Christian who refuses to bow a knee to the sinful state—than to be one who compromises and walks without integrity.”

These are the principles that we, as Christians, can learn from this seemingly irrelevant LSO bencher election.

A group of 22 busy lawyers refused to bow down, even though it would have been the easier path to take. Because of their courage, they now hold positions of authority that they likely would not otherwise have attained had they just compromised and checked the box. And because of their integrity and leadership, lawyers across Ontario will soon no longer be subjected to the ideological litmus tests of the LSO.

So be encouraged. Whether change happens as quickly as it did here, or whether it takes 50 years as it is taking with the issue of abortion, change will come.

Lia Milousis is a third-year law student at the University of Ottawa. She is completing a fellowship at the Christian Legal Institute this summer.