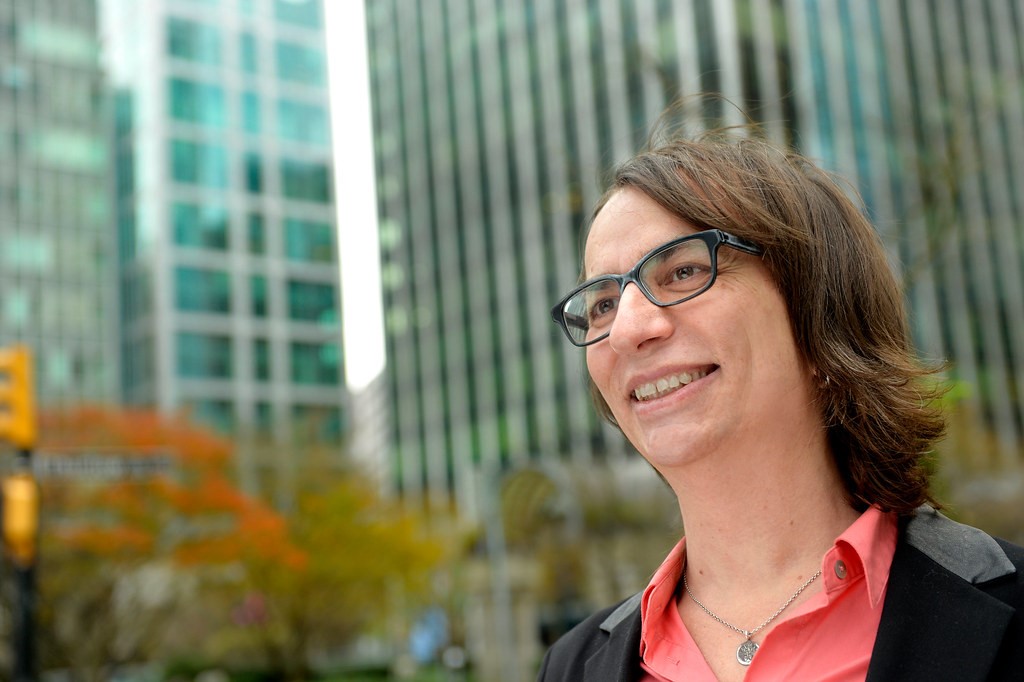 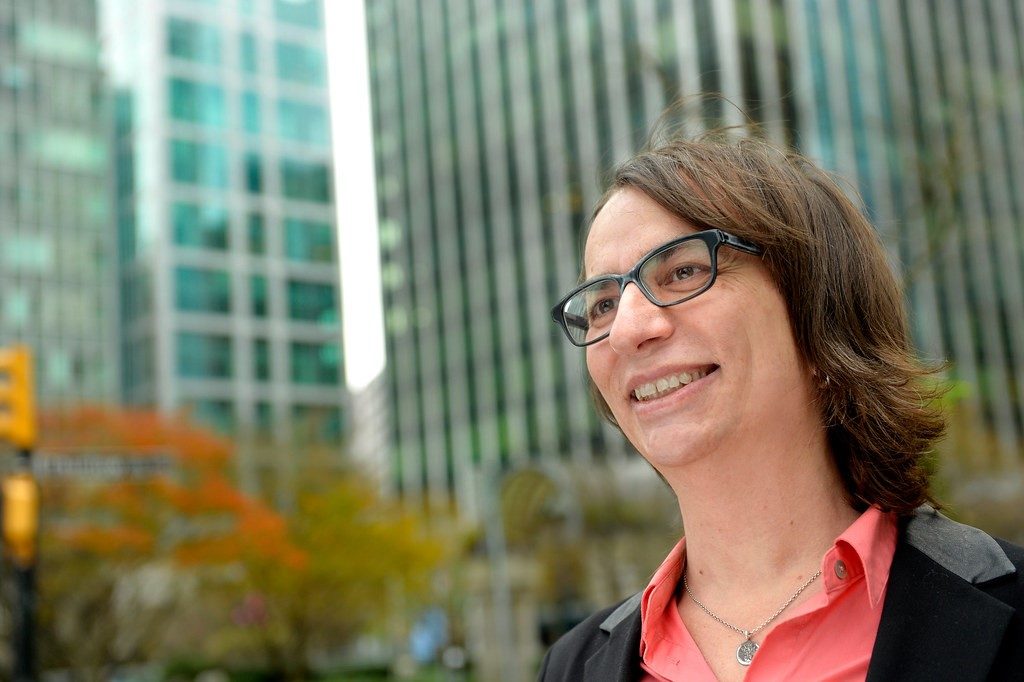 There’s a recent Human Rights Tribunal decision in B.C. you should know about. It’s about gender, religion, politics, and censorship. It’s noteworthy for how the Tribunal’s religious worldview is displayed and enforced.

The decision is Whatcott v. Oger. You may have heard of Bill Whatcott and his style of public engagement, which, to put it lightly, needs improvement. But for now, let’s focus on the substance of the case – what Whatcott wrote and what the Tribunal decided.

During B.C.’s 2017 provincial election, Whatcott distributed a flyer in Vancouver about an NDP candidate, Morgane Oger. The flyer says Oger is “a biological male” who has “embraced a transvestite lifestyle.” It calls him “Ronan Oger” (his former first name). It claims the media and NDP “are promoting a false narrative that Ronan is a woman born into a male body.” The “promotion and growth of homosexuality and transvestitism,” the flyer says, obscure “the immutable truth about our God-given gender,” namely that God created us male and female, citing Genesis 2. Oger will always be male, the flyer asserts, and no surgery, hormones, or “media propaganda” can change that – a male cannot transition into a female or vice versa.

Next, the flyer claims that those who “embrace the transvestite and homosexual lifestyles” are at greater risk of sexually transmitted disease, substance abuse, suicide, and domestic violence. Then it warns that there are also “spiritual consequences” for “adopting a false sexual and gender identity” and for advocating that doing so is okay. “Liars and the sexually immoral will not inherit the Kingdom of Heaven, nor will cowards,” it says, citing Revelation 2:8.

Whatcott’s flyer ends by saying, “You can turn to the merciful Christ and ask for forgiveness and when the NDP come knocking at your door you can tell them you won’t vote for them because you believe in God’s definition of gender and marriage. Truth matters and God wants you standing for what is true.” Now, if you think placing “turn to Christ for forgiveness” in the same sentence as “and tell the NDP you won’t vote for them” may trivialize the former, I’m with you. But again, let’s focus for now on the legal issues: what kind of speech the B.C. Human Rights Tribunal prohibits in its ruling, and why.

The case against Whatcott

After losing the election, Morgane Oger brought a human rights complaint against Whatcott. Oger claimed that Whatcott had violated section 7(1) of BC’s Human Rights Code, which prohibits publishing or displaying any statement, sign, or symbol that (a) “indicates discrimination or an intention to discriminate” or (b) “is likely to expose a person or a group of persons to hatred or contempt.” The Tribunal decided that Whatcott violated both (a) and (b).

So, how does Whatcott’s flyer unlawfully discriminate? By “denying that [transgender people] exist,” the Tribunal writes. This is absurd. Whatcott didn’t make a pamphlet about nothing and nobody, but about a person – specifically, a man who claims to be a woman. That’s the whole point. The only thing Whatcott denies is the truth of Oger’s belief that he is a woman, a belief professed by many others, including the Tribunal.

Ironically, the Tribunal – which is supposed to be a neutral adjudicative body – engages in a similar denial of the truth Whatcott’s beliefs (without denying his existence!). It describes his pamphlet: ‘Ms. Oger is […] described as a “biological male”. The flyer says that the “truth” is that Ms. Oger is male, and suggests that anyone who says otherwise […] are [sic] promoting “falsehoods”.’ (para 116) Then, the Tribunal condemns these truth claims and enforces its own.

Not only does the Tribunal dictate the “truth” regarding Morgane Oger’s “womanhood”, it condemns in general the belief that gender is binary and tied to sex. It declares that moving away from society’s “traditionally static and binary understanding of gender” is “progress”, progress embodied in amendments that add “gender identity and expression” to the law (para 60). It asserts that having a transgender identity is “not a ‘moral’ issue” and “says nothing about a candidate’s morality or values.”

Thus, the Tribunal declares, “as this hearing itself makes clear,” the fight for equality is far from over, because trans people still “find their very existence the subject of public debate and condemnation.” (para 61) That is: Whatcott is not just on the wrong side of the debate; the fact that we’re even having this debate is the problem. This is the state speaking. How is it that an statutory tribunal sees fit to issue authoritative proclamations on the “truth” about sex, gender, morality, and progress?

Whatcott is not just on the wrong side of the debate; the fact that we’re even having this debate is the problem. This is the state speaking.

Then, the Tribunal notes that Whatcott and the Justice Centre for Constitutional Freedoms, an intervenor, “sought to rely on statistics about poor health and social outcomes of transgender people as evidence that the merits of being transgender was – at best – a matter for ongoing study and debate and – at worst – a bad lifestyle choice.” In response, the Tribunal declares, “I agree with Ms. Oger that this is an ill-conceived attempt to ‘take data about the consequences of being a victim of oppression, or the consequences of being marginalized, and turn that into the root cause of the issue.’” (para 64)

Doubtless, there are several causes contributing to poor health and social outcomes for transgender people, but the Tribunal reduces them all to one: oppression. It cites no evidence here. It is an article of progressive doctrine. It matters not that the same poor outcomes occur even in the most “progressive” and “trans-affirming” places. Rather, any problems that transgender people face simply “illustrate how much work remains to be done to make the Code’s objective of an equal society into a reality.” (para 65)

Closing the doors of politics

Whatcott argued that his freedom to distribute this flyer was protected by the Charter guarantees of freedom of religion and freedom of expression. That didn’t go over well. Yes, the Tribunal recognizes that Whatcott’s belief that transgender people “do not exist” is rooted in “his interpretation of the Christian Bible.” (para 75) So, the Tribunal acknowledges that it is restricting his freedom of religion and expression, but decides that this is justified.

Interpreting the Charter as a list of values to guide Tribunal members in their discretionary exercise of the power of censorship, the Tribunal notes that section 15 (equality) and section 3 (rights to vote and run for office) of the Charter – neither of which are directly implicated in the case –express “values” that weigh in Oger’s favour. Whatcott, by criticizing Oger and the NDP, tried to “push the doors of government closed against transgender people, at a time when Canada’s human rights laws […] demand they be flung open.” (para 70) The irony – that it is Oger, vice-president of the NDP (current ruling party) and NDP candidate, who is using the state to close the doors of the public square on Whatcott – is apparently lost on the Tribunal.

The Tribunal emphasizes that Whatcott opposed Oger’s political campaign “on the sole basis” of Oger’s gender identity, even though Whatcott’s “call to action” urged people not to vote for the NDP because of that party’s beliefs about gender identity. The Tribunal agrees with Whatcott that his goal “was to persuade other voters not to vote for the NDP, a political party advocating the […] agenda of Oger.” Then, it declares that this goal “is sufficient to demonstrate an intention to discriminate against Ms. Oger in a critical area of public life.”

In other words, Whatcott’s political goal is illegal, even though the “critical area of public life” in which Whatcott “intends to discriminate” is an election, which by definition requires discriminating between parties and candidates.

If “substantive equality” (equality of outcome) and political participation are “values” weighing in Oger’s favour (though Oger was and is NDP vice-president and obviously not starved for political participation), then the only hope for free speech advocates was that the “value” of freedom might outweigh the “value” of equality. At the human rights tribunal? Not likely.

The Tribunal members thought Whatcott’s pamphlet . . . didn’t promote the search for truth about gender, despite making a plainly worded claim about gender – that a male person cannot become female – and quoting the Bible.

What freedom is for

In the Tribunal’s view, Whatcott’s speech had a value of approximately zero – or less. Free speech, the Tribunal said, citing the Supreme Court, serves the purposes of enabling the search for truth, fostering democracy, and nourishing self-fulfilment for both speakers and listeners.

The Tribunal members thought Whatcott’s pamphlet served none of these purposes. It didn’t promote the search for truth about gender, despite making a plainly worded claim about gender – that a male person cannot become female – and quoting the Bible. The Tribunal justifies this by quoting a line from the Supreme Court: “some of the most damaging hate rhetoric can be characterized as ‘moral’, ‘political’ or ‘public policy’ discourse.”

But how does the Tribunal decide that the flyer contributes nothing to moral or political discourse and is mere “hate rhetoric”? As follows:

But here was the main problem: the flyer “communicated rejection of diversity in the individual self-fulfillment of living in accordance with one’s own gender identity.” This case is not so much about whether Whatcott was genuinely trying to contribute to a moral and political debate as it was about what he was contributing – heresy, according to the worldview of the Tribunal.

What about the fact that the flyer is a genuine expression of Whatcott’s religious views? Wasn’t freedom of religion at issue too? The Tribunal states: “I reject Mr. Whatcott’s argument that he did not intend to discriminate, but only to ‘bring attention to what he views as immoral behaviour, based on his religious belief as a Christian’. Respectfully, there is no difference.” (para 140, emphasis added).

The apathy of most Christians is a far greater problem than the antagonism of Whatcott.

We might be tempted to shrug this off and say, “Whatcott is a piece of work, let’s not blow this out of proportion.” Yes, Whatcott has sought out controversy for years. Yes, he was needlessly disrespectful during this hearing. No, his method of public engagement is not one that I, or ARPA Canada, would endorse. But this case was not about his behaviour in other cases and places. And the Tribunal in this case does not (only) condemn Whatcott for being difficult and rude, but for the substantive claims of his pamphlet. (It ordered him to pay $35,000 for “injury to dignity” from the pamphlet itself, and $20,000 for his conduct during this hearing.)

This case labels Christian beliefs about gender as discrimination and hate speech. It demonstrates a remarkably flexible and subjective approach to interpreting and applying both human rights legislation and the Charter of Rights and Freedoms. Most importantly, though, it provides a clear indication of where our society is headed and the religious ground motives driving it there.

Let me close with this thought, for your consideration and discussion: The apathy of most Christians is a far greater problem than the antagonism of Whatcott.