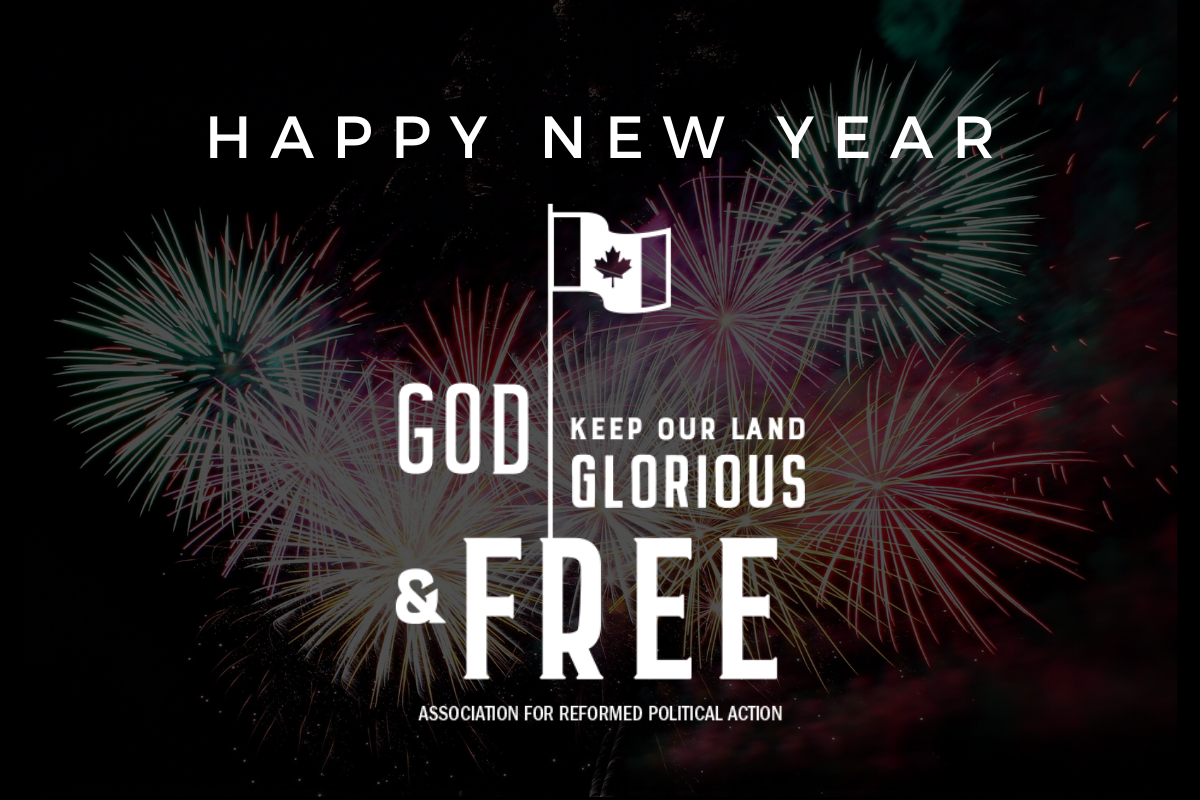 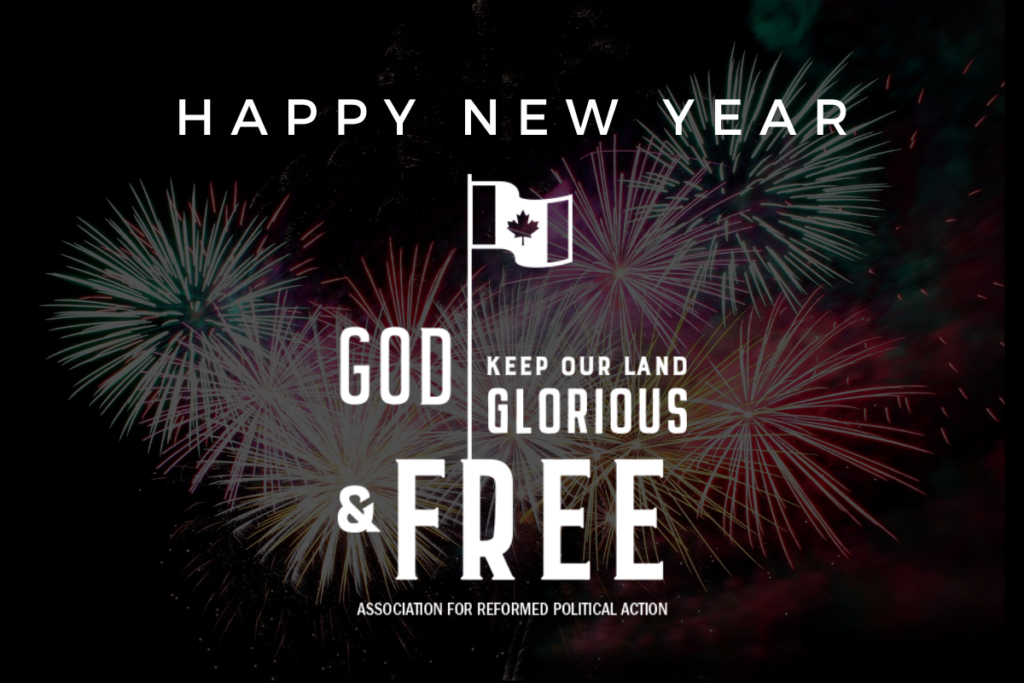 As this year and decade comes to a close are you feeling somewhat fearful about the state of our nation and the world?

If you have been following our work you will have good reason to be troubled by recent developments. A Quebec court undermined already weak protections for human life by striking down a limit on assisted suicide. In response, Canada’s federal government promised to broaden Canada’s euthanasia law in the new year. We saw a pastor arrested in Toronto for publicly bringing the message of God’s grace to sinners. We have seen new “conversion therapy” bans enacted, which threaten to penalize pastors, counsellors, and others for helping someone through sexual struggles or gender dysphoria in a way that does not affirm homosexuality or transgenderism. A British Columbia court forbade a father from trying to dissuade his 14-year-old daughter from receiving hormone blocker and testosterone injections. The court also forbade him from referring to his daughter as his daughter, or by her birth name, or by feminine pronouns, to anybody, in public or in private.

Despite all this and more, we have no reason to fear. Instead, we have every reason to be filled with a firm and unwavering hope for the future; this is where our focus should be as we head into another year.

It is indeed sad to see many trying to raise a fist in rebellion against God. We know that it will result in great hurt.

Despite all this and more, we have no reason to fear. Instead, we have every reason to be filled with a firm and unwavering hope for the future; this is where our focus should be as we head into another year.

In our home, our favourite devotional is the book “Daylight” by the late Rev. Andrew Kuyvenhoven. One of his reflections is on Revelation 12:13 – “When the dragon saw that he had been hurled to the earth, he pursued the woman who had given birth to the male child.”

Rev. Kuyvenhoven correctly begins by stating that “the Bible gives us no reason to expect quiet times for the church. The persecution of the woman continues after the ascension of the Son.”

A dragon is on the prowl. We see that daily. However, instead of this causing us to fear, we can instead be encouraged. Rev. Kuyvenhoven points out, “We are told that the reason for our suffering is actually a happy one: the devil has only a short time. People who are told they have only a year to live may try to pack all their remaining energy into some venture for the short time they have left. That picture fits the devil. He knows he has a limited territory and a short time left (v. 12). He has been thrown out of the driver’s seat. Knowing that he has lost his bid for domination and aware of his impending doom, he strikes out in fury with all his remaining strength.”

What we are witnessing in Canada is the devil’s desperate efforts to cause more misery. But he isn’t the only one at work.

Rev. Kuyvenhoven continues: “God is the woman’s protector. He gives her ‘the two wings of a great eagle’ so she can ‘fly to a place prepared for her in the wilderness.’ In the wilderness she may lack some culture and conveniences…but she is close to her God and safe from the dragon.”

It is especially encouraging to remember that “the period of persecution is not going to outlast the endurance of the woman – a time, times and half a time. Three-and-a-half years. God knows how long that is. For us it will be a whole year (how long it seems!), and two years (will it never end?), and then only half a year. And suddenly it will be over.”

Regardless of when, we can be confident of the future because the One who is really in control is not Justin Trudeau or Canada’s Supreme Court, but Jesus Christ. Isaiah 9 is often read around the time of Christmas, as we celebrate the “Wonderful Counselor, Mighty God, Everlasting Father, Prince of Peace.” We would do well to also take to heart the promise that follows: “of the increase of his government and of peace there will be no end.”

This is reality. Everything that we see occurring today is under the sovereign power of our good God.

This is reality. Everything that we see occurring today is under the sovereign power of our good God.

Many earthly rulers are making great boasts about how “progressive” their reign is, but “the One enthroned in heaven laughs” and He warns earthly leaders to “serve the LORD with fear and celebrate his rule with trembling.” Failing to do so “will lead to your destruction” (Psalm 2).

Let us move forward with courage and confidence, as Joshua and Caleb did when they were on the threshold of obtaining the promise God gave to His people of old.

Although we do so in in weakness and sin, we the ARPA team look forward to moving forward into the new decade alongside you in faith as we together “long for a better country – a heavenly one.” (Hebrews 11:16).

With deep appreciation for your ongoing prayers and assistance, and on behalf of the entire ARPA team,