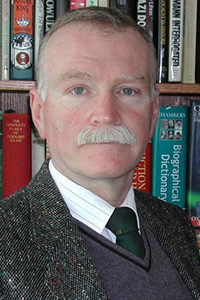 The Québec government has released new statistics on the incidence of euthanasia in the province. The numbers show that, in total, 449 people in Québec had their lives ended with the help of a doctor last year. Euthanasia was legalized in Québec in December of 2015; last year was the first full calendar year in which so-called “medical assistance in dying” (MAiD) was legal in that province.

The numbers also show that the rate of doctor assisted death grew as the year progressed. In the last six months of calendar 2016, the number of those deaths almost doubled from the first half of the year. Sean Murphy with the Conscience Protection Project has looked at the rates of euthanasia in Québec, both per 100,000 of population, and as a percentage of total deaths. On both counts, he says, after just one year of legal euthanasia in Québec, the numbers are well ahead of the early statistics from Belgium, which was one of the first countries to legalize doctor-assisted suicide. “The numbers in Québec – after one year of operation – are at the level that Belgium reached after 5 years, and if that rate continues throughout 2017, then it’ll exceed what Belgium reached after 9 years.”

Murphy’s organization is dedicated to preserving the conscience rights of doctors and others to not have to provide these kinds of services, and he says there’s a worrying trend behind the Québec numbers. “If you have a dramatic increase in the volume of demand for the service, that can put pressure on people who don’t want to be involved.”

Will the government introduce a new euthanasia bill?