Born Alive and Left to Die

Take Action: Use WeNeedaLAW.ca’s {easymail 25}letter below about this matter in just a few minutes.

Op-Ed by ARPA’s Legal Counsel, Andre Schutten – The blog Run with Life has reported that, from 2000 to 2009, 491 babies have been born alive following a failed abortion procedure, and subsequently left to die. And those are only the ones that are recorded by Statistics Canada.

The blog explains that “there were 491 abortions, of 20 weeks gestation and greater, that resulted in live births. This means that the aborted child died after it was born. These abortions are coded as P96.4 or ‘Termination of pregnancy, affecting fetus and newborn’.”

The question that should immediately present itself is, why has there not been 491 homicide investigations or prosecutions in connection with these deaths? Section 223(2) of the Criminal Code (the accompanying subsection to the now infamous subsection that Mr. Woodworth’s motion 312 was examining) reads “A person commits homicide when he causes injury to a child before or during its birth as a result of which the child dies after becoming a human being.” That is to say, anyone who interferes with a pregnancy such that the child dies after it is born alive due to that interference, is guilty of homicide.

So again, why have there been no criminal prosecutions? Why no outcry? And why are the provinces funding this explicitly criminal activity?

Some might argue that these procedures need to be protected in order to protect women’s health. Those who defend such actions or procedures are undoubtedly grasping at the defense for the crime listed in 238(1). Subsection 238(2) provides this defence: “This section does not apply to a person who, by means that, in good faith, he considers necessary to preserve the life of the mother of a child, causes the death of that child.”

However, this defense does not apply to section 223(2); it only applies to section 238(1). That section states “Every one who causes the death, in the act of birth, of any child that has not become a human being, in such a manner that, if the child were a human being, he would be guilty of murder, is guilty of an indictable offence and liable to imprisonment for life.” (Which is, incidentally, another section that is not prosecuted or investigated enough.)

The lack of prosecution demonstrates two things: first, that political correctness surrounding the abortion issue trumps common sense, common decency and the rule of law; and second, that those who advocate for this type of behaviour are truly pro-abortion and not pro-choice. Let me explain: the only defense that could possibly justify such a procedure would be to save the life of the mother. But note well that in order to save the life of the mother a physician would only need to end the pregnancy – and that can happen, at this late stage of pregnancy, with either a live, albeit premature, baby or a dead baby. If the terminated pregnancy results in a human being dying after birth, it is because that death was the end goal; saving the life of the baby’s mother was only a pretext. 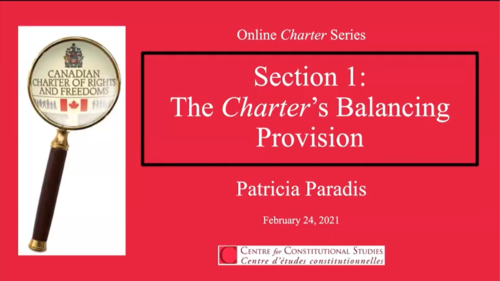