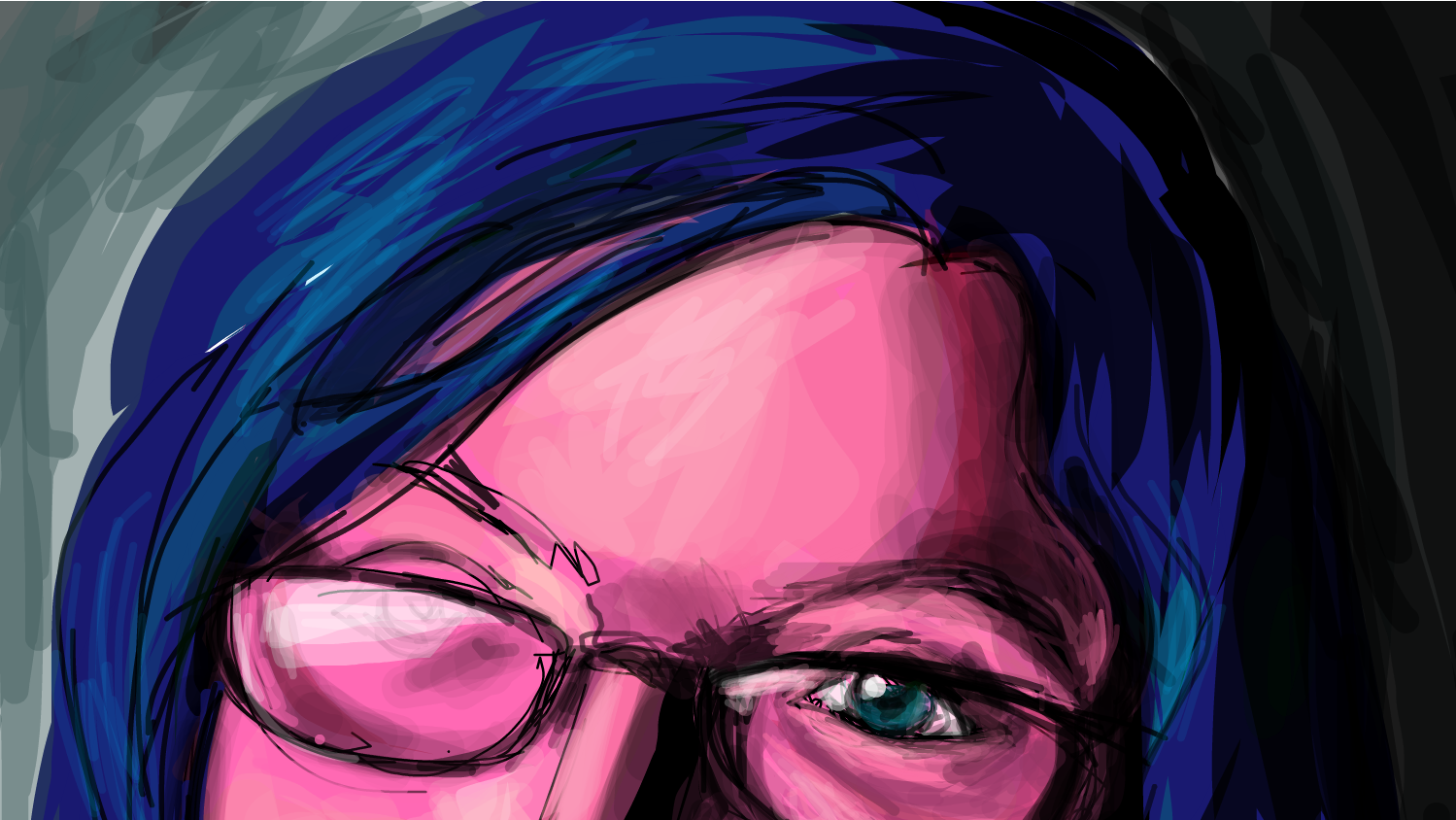 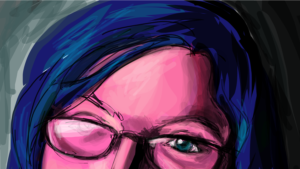 [NOTE (June 15): I learned that the B.C. Court, after this article was posted, ordered that the names of the doctors (one is a psychologist) in this case be anonymized in the judgment and not published by third parties. Therefore, I have redacted their names while the order remains in effect.]

Last week, as you may have heard, a B.C. judge ruled that physicians could begin injecting a 14-year-old girl with testosterone without parental consent. The ruling demonstrates how changes in family law, education law, and health law, driven by transgenderist activism, are combining to set children and families up for tragedy.

The case is A.B. v C.D. and E.F. – anonymized initials for the child, father, and mother, respectively. I’ll call the daughter Jamie and the father Clark for the sake of this article.

Justice Bowden declared that “attempting to persuade A.B. to abandon treatment [hormone injections / surgery] for gender dysphoria; addressing A.B. by his birth name; referring to A.B. as a girl or with female pronouns whether to him directly or to third parties; shall be considered to be family violence under s. 38 of the Family Law Act.” If a court finds that “family violence” has occurred, the parent responsible could lose custody or access.

So, not only did Clark fail to persuade the judge that either parental consent or a fuller hearing into the implications of cross-hormone therapy for Jamie was needed, he has also been ordered to pretend his daughter is a boy and to not counsel her against injecting testosterone or surgically destroying healthy body parts.

Judge rules: “referring to A.B. as a girl or with female pronouns… shall be considered to be family violence”

Jamie’s doctors at the Gender Clinic decided, and Justice Bowden agreed, that she (they say “he”) is mature enough to understand the nature, consequences, risks, and benefits of this “treatment” and does not need her parents’ consent. Jamie reportedly began to identify as male at age 11, and first told a school counsellor at age 12.

A recent story in The Economist called “Why are so many teenage girls appearing in gender clinics?” notes that, while gender dysphoria typically begins in childhood, “in the past decade clinics in Western countries have reported that a growing number of teenagers have started experiencing gender dysphoria during or after puberty.” It also notes that, in 2007, 41% of adolescents referred to Britain’s Gender Identity Development service were female, but in 2017, 69% were female. The shift has social causes.

The article cites a study by Dr. Lisa Littman of Brown University, which surveyed 256 parents of children whose dysphoria appeared in adolescence and found:

Dr. Littman believes that embracing a trans identity may be a way for some of these children to cope with emotional pains and difficulties. The Economist shares the story of Rachel Miller who at age 16 wished to “transition” to being a boy, but her mother resisted and found her psychiatric treatment. Now 21, Rachel understands that she once latched on to a transgender identity to cope with depression and being sexually abused as a child.

Back to the B.C. court case. Jamie’s doctors demand deference to their “expertise”, but this is not a mere matter of science. Science tells us that Jamie is female. And we know that with certain chemicals and procedures, doctors can make her look more like a male, but science doesn’t tell us whether they should.

It’s telling that the judge, who got his evidence from Jamie’s doctors, says at the outset of the judgement that Jamie is a “transgender boy who was assigned female at birth” and describes gender dysphoria as distress someone experiences “as a result of the gender they were assigned at birth.” This assumes that the problem is with Jamie’s healthy, female body, or with our recognizing it as such.

Jamie is not female because she was “assigned female at birth” – she was recognized as female at birth because that is an objective, biological fact about her.

She feels she is a boy trapped in a girl’s body. But she has never been and can never become a boy or a man. She can only, with modern medical technology, be made to appear more masculine. This is something that many transgender people have come to realize, with great pain, after a “transition” – that you cannot truly become the opposite sex. You can only mar your natural, sexed body in the attempt to appear different.

Yet the language of this judgment assumes otherwise. The judge says Jamie has already “transitioned socially to being a boy” and wants to begin “a physical transition to a boy”.

We are all “trapped” in our bodies. We are bodily beings. Jamie believes she is trapped in the wrong body. Her doctors agree that the problem is with her body, rather than with her belief. The Gender Clinic where she is to receive treatment is housed within the Children’s Hospital’s Department of Endocrinology, not Psychiatry, which should tell us something. The clinic of the renowned Dr. Zucker, who lost his post in the wake of Ontario’s Affirming Gender Identity Act, was housed within the Centre for Addiction and Mental Health. Dr. Zucker’s approach focused on helping children feel comfortable in their natural bodies.

Jamie did see a psychologist – Dr. 1[name redacted], the contact person for the organization “[redacted].” Dr. 1 told the court that Jamie has been persistently “identifying as male” and that there is “incongruence between his affirmed gender and his assigned sex”. There’s that loaded phrase again. For this doctor, a child’s “affirmed gender” trumps her “assigned sex” in determining the course of treatment. Further, Dr. 1 told the court that Jamie has a “strong desire” to “get rid of his female sex characteristics” and to “get more male sex characteristics”. For these reasons, Jamie qualified for hormone treatments.

There is no indication that Dr. 1 made any effort to help Jamie feel comfortable with her own healthy, maturing, female body. Activists demand that nobody question why a young girl would think she is a boy. And this movement is succeeding in enforcing its views in the medical profession and in the law.

Jamie and her mother also met with Dr. 2[name redacted], an endocrinologist. Jamie’s mother supports her quest for hormone therapy. Jamie told Dr. 2 that she once attempted suicide. Dr. H. and Jamie’s mother told the court that they believed the reported suicide attempt was linked to Jamie’s gender dysphoria. The judge noted that, according to Dr. 2, when youth are provided “affirming hormone therapy,” they “may have an improvement” in mental health and will be less likely to suffer harassment from others.

That seems like a thin justification. She may see improvement. Or she may not. Indeed, studies (like this 2011 Swedish study, this 2011 Dutch study, this 2016 Danish study, and this 2017 American meta-study) suggest the long-term physical and mental health outcomes after a chemical-surgical transition, even for people in the most trans-affirming societies, are very bad.

The threat of suicide is often raised in such cases. It’s important to consider, however, that a person’s beliefs can contribute to their depression or suicidality. If a girl believes she is a boy, and that she can only be happy if she looks like a boy, and that denying her a “transition” is bigoted and unjust, those beliefs may make her suicidal. And this is what children are being taught. What if, instead of giving her the hormones she is convinced she needs, we addressed those beliefs? Of course, other mental health issues are likely at play here, and testosterone injections won’t solve those either.

The argument that cross-hormone “treatment” will help Jamie suffer less bullying at school, besides being speculative, is a terrible justification. Such reasoning could justify giving steroids to a teenage boy, breast implants to a teenage girl, and so on, so they don’t get picked on.

The Gender Clinic has a conflict of interest. It’s in the business of giving people opposite-sex hormones. If we stopped teaching kids the gender unicorn, inviting them to question their identities and teaching them mind-body dualism, and if children who experienced dysphoria received psychiatric treatment or counselling, this Gender Clinic would see its business dry up.

Clark, Jamie’s father, introduced evidence from a pediatric endocrinologist and a child and adolescent psychiatrist, both American, who explained the harmful physical and psychological effects of transitioning. The judge gave little weight to their evidence because they were not Jamie’s personal physicians. That puts Clark in a bind. Jamie’s mother brought her to physicians who support her desire to transition. Clark cannot now bring her to physicians who oppose it.

As a society, we teach kids that gender varies independently of sex. We tell them stories of kids who thought they were a boy or girl but discovered they were something else.

Physicians who are skeptical about or opposed to cross-hormone treatments may fear losing their jobs, as we saw happen to Dr. Zucker. In fact, some provinces have outlawed so-called “conversion therapy”, which by an awful abuse of language is a term used for counselling a person to be comfortable in his or her own body. Thus, only doctors who are ideologically on board with the transgender movement may still offer “treatment” for gender dysphoria.

As a society, we teach kids that gender varies independently of sex. We tell them stories of kids who thought they were a boy or girl but discovered they were something else. Then, when a child or adolescent sees himself this way, we steer him into a health care system that is set up to affirm his transgender identity. We threaten counsellors and doctors who question it. We threaten parents who oppose it with losing custody of their child or worse.

It’s a recipe for tragedy. Christians cannot be silent. Please speak out. Please share this with your MLA, MPP, MP, political candidates and more. Ask them for their thoughts. Urge them to speak out too.  You can bcc us at [email protected]. You can also share the link to our policy report on gender identity. Our kids, teens, and society need to hear the truth, no matter which way the political winds are blowing.