Orwellian directive by Ontario Law Society to all lawyers 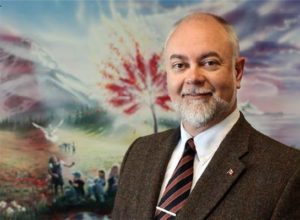 The Law Society of Upper Canada, the group that regulates the legal profession in Ontario, is out with a new directive for its members. About 50-thousand lawyers across the province have been told they have to create, submit, and abide by an individual statement of principles that acknowledges their obligation to “promote equality, diversity, and inclusion.” Don Hutchinson is one of the lawyers who’s covered by that directive, and he says the Society is clearly over-stepping it’s authority with this demand. He says lawyers already have rules of professional conduct that require them to behave a certain way in their relationships with other lawyer, staff, and clients. “What the Law Society is asking of us at this point is to echo words that they are placing in our mouths that create a greater obligation than the one they authorized to ask of practicing lawyers.”

Hutchinson says as a Christian lawyer, he doesn’t have a problem with treating people with respect. “As a Christian, I believe and practice the Biblical recognition that all persons are created in the image of God, with inherent dignity and value.”

The Society says the policy directive is in response to a report which claims some Ontario lawyers have racist or discriminatory attitudes, but Hutchinson says the directive reminds him of “when we were in elementary school, and somebody misbehaved in class, and the entire class would get a detention.”

Hutchinson has written an extensive treatment of this issue at the Cardus “Convivium” blog. You can find it here.