Ontario’s provincial election is Thursday, June 7 – just two weeks away! Be sure to mark it in your calendar. As always, ARPA Canada wants to help you get informed about the issues and equipped for action. We hope this Election Report helps. Part I introduces seven important policy issues. Part II recaps action items with a concise bullet-point list. Part III provides a list of ARPA resources to consult if you’d like to learn more about any of these issues.

Part I: THE ISSUES

This Ontario Election Report will cover the following issues:

The above list is not intended to be comprehensive. Certainly, there are other policy issues that are and should be important to Christians. This report covers issues that are very much alive today and which ARPA has been studying and working on for some time. So let’s get started.

Bill 89, passed into law in 2017, gives government the power to subject families to its view of sexual identity and morality; embeds gender identity ideology into child and family services law; empowers state agencies and judges to require foster and adoptive families to hold certain views regarding sexuality and gender identity as a pre-requisite for receiving children into their care; undermines parental authority in regard to a child’s moral and religious upbringing; and increases the potential for state intervention in families.

A child who is “at risk of suffering” mental or emotional harm (say, gender dysphoria) and whose parents do not provide “treatment or access to treatment” (say, hormone therapy) is a child in need of protection under the law.

Bill 89’s sponsor, the Minister of Child and Family Services, said, “I would consider that a form of abuse, when a child identifies one way [LGBT+] and a caregiver is saying no, you need to do this differently,” he said. ‘If it’s abuse, and if it’s within the definition, a child can be removed from that environment and placed into protection where the abuse stops,’ he said.” We have already heard reports of how this bill is being used to force compliance with progressive ideology around sexual identity and gender from parents.

The Child, Youth and Family Services Act, 2017 (which Bill 89 enacted) must be repealed or amended so that it does not require parents or caregivers to affirm or socially condition a child in a “gender identity” that is incongruent with the child’s birth sex or to provide access to “treatments” for gender dysphoria such as puberty blockers or cross-hormone treatments. And it must be amended to make clear that parents are free to hold and to teach their children heir conscientious or religious beliefs regarding matters of sexual identity and sexual morality. Write to and speak with candidates about this issue. Make use of the ARPA resource list, below.

Another law, Bill 77, the “Affirming Gender Identity Act”, passed in 2015, should also be repealed or amended. This law prohibits treatment methods for gender identity disorder that focus on making a child comfortable with their birth sex. Bill 77 dictates medical policy in the name of political correctness, removing good care options for parents and children, such as those provided by renowned child psychiatrists like Dr. Kenneth Zucker and Dr. Susan Bradley, who believe that encouraging children to be comfortable with their birth sex helps prevent long-term psychopathological problems. Dr. Zucker was removed from his Toronto clinic under political pressure following Bill 77.

It shouldn’t surprise anyone that home schooling and private schooling have been on the rise in Ontario. Though many of our readers will not have children in public school or “Catholic” school, we should nevertheless, out of Christian love for our neighbours and our society, care about what most Ontario children are being taught.

Much attention has been given to Ontario’s “Health and Physical Education Curriculum”, specifically the “sex ed” parts. People have legitimate concerns with respect to the age-appropriateness of the content, its normalizing of unhealthy behaviours, its failure to address the harms of pornography, and its detaching sex from love and marriage. Doug Ford has promised to consult with parents and replace the curriculum if he becomes premier. That is a promise Ontarians must hold him to and we encourage you to be involved in whatever consultation process may take place should Ford become premier. We need to realize, however, that the problems with Ontario education extend far beyond the Health curriculum.

In 2012, Bill 33 added “gender identity and gender expression” to Ontario’s Human Rights Code. That same year, Bill 13 mandated that school boards promote a positive school climate inclusive of all students, “including pupils of any “race … sex, sexual orientations, gender identity, gender expression, age, marital status, family status or disability” and that boards (including Catholic boards) permit LGBT-positive clubs to be active in their schools and to use the name “gay-straight alliance”.

School boards now cite these two bills as the basis for their policies. The Toronto District School Board, for example, mandates the following:

So-called “trans-positive” content has been integrated throughout the curriculum deliberately to make it harder for parents to avoid having their children inculcated with normative instruction about human nature, gender, sex, marriage, and families. Reversing all this any time soon seems unlikely. We should aim in the short term to have provincial legislators acknowledge and respect the authority of parents as first educators.

“Doug Ford opens controversial abortion debate”, a Toronto Star headline announced. Ford had questioned why there is no requirement of parental consent or consultation for providing an abortion to a minor, though teenagers need parental consent for school trips, among other things. We’re supposed to believe that Ford’s comments were a big political gaffe. In reality, Ford was making a perfectly reasonable point. “I can’t think of a more life-changing procedure for a young woman than an abortion,” he said. “I think that this is an important discussion to have and I would welcome any member who wanted to bring it forward in the Legislature.”

Ford did not promise to introduce a law as premier, but says he would welcome having a member bring the issue forward. Whether that happens is in part up to us. Talk to friends, family, neighbours, and candidates (future MPPs) about the issue. Tell them parents should be involved in medical decisions for minors. If a minor experiences complications after a medical procedure, she will rely on her parents for help finding appropriate care. The decision to have an abortion is a serious one with physical and psychological consequences. A minor will generally benefit from the involvement of her parents, rather than making this decision alone.

As of February 2017, thanks to Bill 163 (“Safe Access to Abortion Services Act”), it is an offence punishable by prison and punitive fines to “attempt to advise or persuade” someone to refrain from having an abortion, or to “attempt to inform a persona concerning issues related to abortion services”, or to “attempt to perform an act of disapproval of abortion” in any way, if the attempt is made within 50m to 150m of an abortion facility.

This law prohibits all forms of peaceful pro-life outreach or expression near abortion facilities. The bubble zone law is unique in that it directly targets only one side of a political and ethical debate for censorship. As such it is a dangerous legislative precedent and should be repealed. If there truly is harassment going on near abortion providers, all the government needs to do is enforce existing criminal laws.

Public streets and sidewalks are not the only arena in which pro-lifers face censorship and discrimination. They also encounter problems hosting events or speakers on university campuses and in placing pro-life advertisements with municipalities. MPPs should take steps to ensure that taxpayer-funded universities and municipalities treat people fairly.

The College of Physicians and Surgeons of Ontario (CPSO) requires physicians to facilitate access to unethical “services” such as euthanasia and abortion by providing an “effective referral” – that is by referring a patient seeking such a service to a known provider of that service. The CPSO contends that its effective referral policy does not make physicians morally complicit. However, if you were to refer someone to a drug dealer or a contract killer, you would be abetting the resulting crime according to Canadian criminal law.

The Ontario legislature has the power to prevent the CPSO from requiring doctors to participate in practices to which they conscientiously object in good faith. The legislature should prohibit all medical regulatory bodies (for nurses and pharmacists and others too) from requiring medical professionals to participate and should legislate employment protections so that they cannot be fired or demoted by a hospital or clinic for refusing to participate. Nearly every jurisdiction in the Western world does notrequire effective referrals. Tell candidates in your riding, and your MPP after the election, that freedom of conscience needs to be respected. After all, we surely don’t want to drive people with strong consciences out of the health care professions!

When the Supreme Court of Canada struck down the law that prohibited assisted suicide, it said that the risk of abuse of vulnerable persons could be minimized through a “carefully designed system that imposes strict limits that are scrupulously monitored and enforced.” However, assisted suicide and euthanasia are being performed in Ontario with next to no oversight.

The Ontario government recently passed Bill 84, which requires physicians and nurse practitioners to give notice to the coroner whenever “medical assistance in dying” (MAID) is provided. The Ontario government is right to require physicians to report “medically assisted” deaths to the coroner. However, Bill 84 did not set out the content of the notice. The coroner should be able to determine from the notice, at a minimum, some basic information about the circumstances and the cause of the person’s death. Of course, there may be other ways for the provincial government to monitor euthanasia. We encourage you to raise the issue with candidates. Vulnerable people are at great risk in a system that both permits euthanasia and fails to monitor it carefully.

The federal government passed a law last year (Bill C-37) that makes it easier for provinces to establish “safe injection sites” where people can inject illegal narcotics under medical supervision with immunity from prosecution. Meanwhile, Bill C-45, the “Cannabis Act”, which was passed by the House of Commons and has passed second reading in the Senate, will if passed decriminalize recreational marijuana and delegate much of the responsibility for regulating it to the provinces.

Both bills are part of a broader embrace of the “harm reduction” approach to drugs. Such bills require us to consider issues of poverty, addiction, criminality, personal responsibility, rehabilitation, punishment, and more. Drug policy is not an matter that ARPA Canada has yet been able to write a substantive policy report on. Still, we think it’s an issue worth raising and discussing. The provincial government should take steps to prevent the normalization and spread of drug use and instead focus on moving in the other direction.

We encourage you to communicate with candidates leading up to the election, to vote, and to stay in touch with whomever is elected to represent you and your riding at Queen’s Park. Use ARPA’s “12 Step Action Plan” to help you build a relationship with MPPs!

What follows is a short list of ways you can take action on the issues discussed in this article.

All of the following resources were written by ARPA staff and take a more in-depth look at the issues above. Feel free to share them with friends, family, neighbours, candidates, and MPPs.

For this bill, you can find links to the following from the landing page under the heading “Read more”:

Parental consent for a minor to have an abortion

WeNeedaLaw has set up a page dedicated to campaigning for a parental consent law in Saskatchewan (sk.parentalconsent.ca). Its resources are useful for Ontario as well. 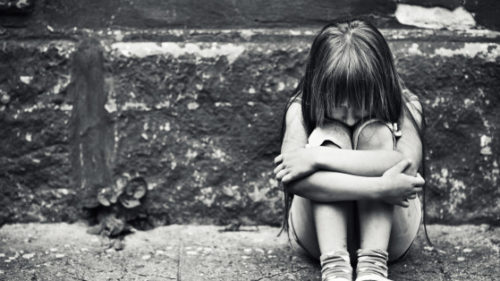 Bill 89 is now law in Ontario