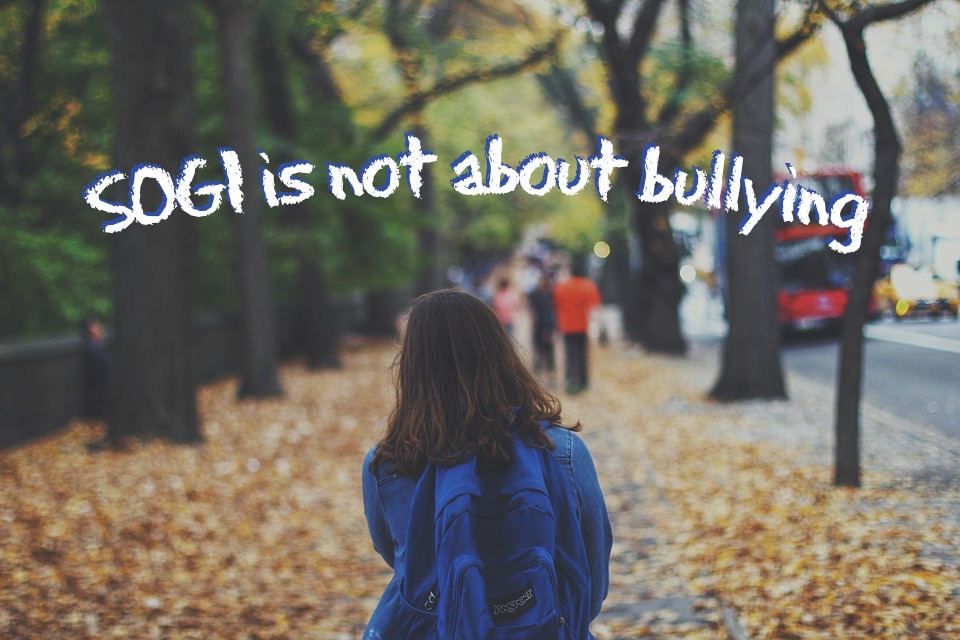 School districts across British Columbia have been adopting an initiative called SOGI123.

This policy on SOGI – an acronym for sexual orientation and gender identity – is couched as an anti-bullying initiative, but it is far more. It teaches a humanist understanding of sexuality, as a subjective identity, divorced from biology, determined individually, and to be celebrated unconditionally. This in direct contradiction to a Christian understanding of sexuality, its God-given design, its corruption by sin, and its need for redemption through the Cross.

Since its introduction, SOGI has been a controversial topic. That has heated up even more this fall as we approach municipal elections with some trustee running on either a pro and anti-SOGI123 platform.

There is a false dichotomy being presented around the SOGI123 initiative – that is that in order to be against bullying you have to be for SOGI123. This is categorically false. Christians believe that gender is tied to biological sex and that sexual intimacy is reserved for a marriage between a man and a woman. But we are also against bullying as a central tenet to living out our faith.

The Bible makes it very clear that we have a duty to show love to all humans including those who are different from us (Deuteronomy 10:19; Hebrews 13:2) this even extends to enemies and persecutors (Matthew 5:43-48). And of course, it extends to children (Matthew 19:14).

We lay this all out because we are opposed to SOGI123 but are also very concerned that all students are respected and not bullied.

But SOGI123 is being characterized as merely an anti-bullying initiative. This is quite simply untrue. It goes beyond seeing the worth of every child and protecting them, to making statements about sexual orientation and gender identity that are both against my beliefs as a Christian as well as against our human nature and scientific facts.

We are asking the Minister of Education to evaluate SOGI123 not as one side being against bullying and the other side being ambivalent to it. But since all parents (and indeed all BCers) are against bullying, what is the best approach to take to some of the most contentious and sensitive topics that might come up in class.