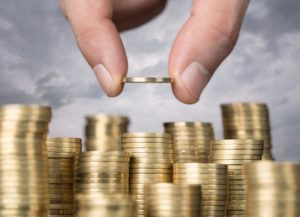 My previous blog post in this series compared Canada’s current deficit to the deficits in Canada’s past. At $343 billion, or 15.9% of GDP, Canada is spending more money to combat COVID than any other war or major disaster in Canada’s history except for during the Second World War. This begs the question, should the federal government spend so much to combat this virus?

A Couple of Caveats

Before answering the question of how much money the government should spend, I must address a couple of caveats.

First, the massive deficit spending is the government’s response to economic problems largely of its own making. Canada faces the highest level of joblessness and the deepest economic contraction since the Great Depression because all three levels of government locked down certain sectors of the economy, restricted travel, and encouraged people to stay home to combat COVID.

I’ll sidestep the debate over whether this was an appropriate response. The point is that many businesses and sectors of the Canadian economy – the supply of goods and services – were shut down by provincial governments. Constant messaging by our political leaders to stay home has depressed the demand for a whole range of goods and services – new vehicles, vacations, sit-down dining, etc. Although both the supply and demand for all of these goods and services would have naturally decreased because of the fear of COVID, our political leaders have amplified our economic contraction with their advisories and regulations. To some degree, it makes sense that if governments are responsible for much of the economic downturn, they should also financially aid the people impacted by it.

If governments are responsible for much of the economic downturn, they should also financially aid the people impacted by it.

A second caveat is that the government isn’t really spending $343 billion dollars more than last year. The Ministry of Finance projects that the government will collect almost $71 billion fewer taxes and royalties this year simply because of the economic contraction. Thus, a fifth of the projected deficit is not due to increased spending, but to decreased revenue.

Is the Government Spending Too Much to Combat COVID?

The government is spending too much in response to COVID.

Caveats aside, I believe that the government is spending too much in response to COVID. Although I outlined in the first blog in this series how the government does have some responsibility to the poor and afflicted (albeit individuals, families, and the Church have greater responsibilities in this area), it has not carried out its responsibility with wisdom or stewardship. I’ll focus my criticism on the largest six of the federal government’s grant programs to individuals and businesses to date:[1]

How Could the Government Be Better Stewards over Public Funds?

There are three key ways that the government could exercise better stewardship over public funds.

First of all, many of these programs are not adequately targeted towards people most impacted by COVID. The Enhanced GST Credit, the Enhanced Canada Child Benefit, and the enhanced seniors support indiscriminately give money to people regardless of whether they are still employed or actually need the money due to COVID layoffs or reduced work hours. The Canada Emergency Wage Subsidy subsidizes the wages of all the employees of an impacted business, not just those who would have been laid off without the benefit. A good steward of the taxpayers’ money would direct money only to people who have directly lost work or had their hours significantly cut, not to universal populations.

Second, some of these programs are not being wisely administered. For example, the federal government has directed its employees to ignore possible fraud concerns and to not investigate whether applicants really are eligible for the Canada Emergency Response Benefit (CERB). In April, 6.7 million people applied for CERB, although only an estimated 5.5 million people were unemployed and thus eligible for the benefit. Although there may be accuracy problems with these statistics, they raise the alarm that over a million Canadians may be inappropriately receiving CERB, costing billions of public dollars.

Because of the COVID pandemic, a significant deficit this year was unavoidable. But better-targeted and better-administered programs with better incentives could minimize the size of the deficit.

Third, some of the programs may provide perverse incentives; they incentivize people to engage in unwise behaviour. Recipients of the Canada Emergency Response Benefit or the Canada Student Emergency Benefit have little incentive to find new or temporary work if they can simply collect a sizeable monthly cheque without working. Business owners and workers may make riskier decisions in the future because they are confident that a government program will bail them out if things go south. A recent proposition by the Official Opposition would have eliminated much of the perverse incentives of the Canada Emergency Response Benefit, albeit at a greater cost to the government, but the current government has declined to accept this proposal.

Because of the COVID pandemic, a significant deficit this year was unavoidable. But better-targeted and better-administered programs with better incentives could minimize the size of the deficit.

However, the deficit would be even smaller if the Church – rather than the government – recommitted itself to caring for the poor and unemployed. During the era of the decline of the Roman Empire, through epidemics and famine and catastrophe, Christians were on the front lines visiting the sick and feeding the hungry and caring for the destitute. Christians threw themselves into this work so much that one Roman Emperor, Julian the Apostate, marvelled that “These godless Galileans (i.e. Christians) feed not only their own poor but ours.”

Are we giving our unbelieving leaders and neighbours reason to say the same thing about Christians today?

Are we giving our unbelieving leaders and neighbours reason to say the same thing about Christians today? If yes, let us persevere in doing good. If not, let us better practice the religion that James 1:27 commends: to visit, to care for, and to embrace the most vulnerable in our society.

[1] All the cost figures on this report are from the Ministry of Finance’s July 8 Fiscal Snapshot. They will likely change in the coming weeks and months.